News
Business
Movies
Sports
Cricket
Get Ahead
Money Tips
Shopping
Sign in  |  Create a Rediffmail account
Rediff.com  » News » In our culture, all forms of life are valued, tweets Modi

In our culture, all forms of life are valued, tweets Modi 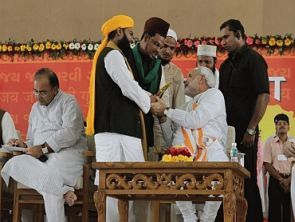 Under attack from rivals over the "puppy" remark, Gujarat Chief Minister Narendra Modi on Friday said all forms of life are valued and worshipped in Indian culture, in an apparent bid to assuage feelings of the Muslim community.

"In our culture, every form of life is valued and worshipped," Modi said on Twitter, hours after his remarks that one would feel sad even if a puppy comes under one's vehicle kicked up a storm.

Political rivals, including Congress and Samajwadi Party, attacked Modi's statement as "insensitive and reflective of his mindset" over the death of Muslims in 2002 post-Godhra riots.

BJP defended Modi's remarks, saying he has been "misinterpreted completely" and "a controversy has been created where it does not exist".

Describing the controversy as "absolutely despicable", BJP spokesperson Nirmala Sitharaman said "I appeal to all to read the interview in full and not to speak out of context. It is risky.

On the 'puppy' comment, she said Modi meant that anybody would feel sad even if a human being came under a car. 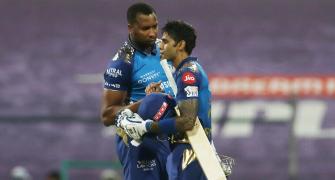 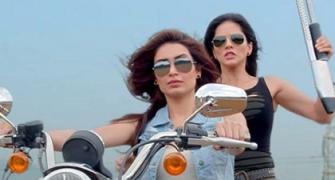 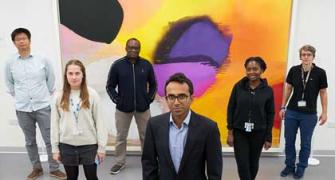