In new video, Mehsud vows to continue jihad in Pakistan

Tehrik-e-Taliban Pakistan's chief Hakimullah Mehsud has severely criticised the Pakistani justice system and its 'pro-American policies'. In a recently released video, he also vowed that the TTP will continue its struggle until shariah law is implemented in the country.

Rediff.com has received a 10-minute video recording of Mehsud, in which the TTP leader termed the Pakistani justice system as "un-Islamic" and claimed that Islamabad was supporting the United States and its policies. Afghanistan's President Hamid Karzai was also backing the US, he said, adding that jihad inside both countries was therefore justified.

"I will never forgive Pakistan and its justice system, as Islamabad has become an ally of the US, like President Hamid Karzai of Afghanistan is. The TTP's jihad against Pakistan will continue," he said.

"The legal system in Pakistan is secular and decisions made under it are totally un-Islamic; the decision-makers are also infidels. It was Pakistani law that allowed the operations in Lal Masjid and Jamea Hafsa. In Swat, Muslims who backed the Islamic shariah were either hanged or burnt alive. Even women from Swat are still in the custody of the security forces. The Taliban will never forgive the government," Mehsud warned.

Mehsud also criticised the religious and political parties of Pakistan for their "dubious role". He especially targeted Qazi Hussain Ahmed, former chief of Jamaat Islami Pakistan, for his close relations with members of the Shia sect -- whom Taliban militants consider as non-Muslims and infidels.

"Qazi Hussain Ahmed is very close to the Shias; he also participated with them in their prayers. Qazi has called for jihad inside Pakistan as fasad (terrorism) and terms the suicide attacks here un-Islamic," said Mehsud.

In the video, Hakimullah Mehsud asked Qazi Hussain Ahmed, "When the US forces are present in Jacobabad, Jalalabad, Bagram and Baluchistan, how do you not see the difference between jihad and fasad?"

The TTP chief reiterated that waging jihad in Pakistan and Afghanistan was completely justified due to the presence of American forces in both countries.

"I know that Qazi Hussain Ahmed is the guardian of Islam and Pakistan but he could not guard masjid and madrasa," added Mehsud sarcastically.

Taking on Maulana Fazlur Rehman, the head of Jamiat Ulema Islam, Mehsud said, "This pious man was staying in London when the Lal Masjid and Jamea Hafsa operations were going on in Islamabad."

Mehsud also called on all Muslims to join the jihad against American forces.

"Those who pray to Allah to destroy the Americans should come forward to join the jihad, as only prayers can't make any difference. Infidel forces have captured the land of Muslims. We need to defeat them or sacrifice our lives on this path," he said. 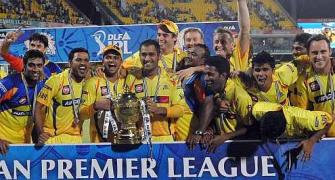