News
Business
Movies
Sports
Cricket
Get Ahead
Money Tips
Shopping
Sign in  |  Create a Rediffmail account
Rediff.com  » News » In Gujarat, it will be life imprisonment for cow slaughter

In Gujarat, it will be life imprisonment for cow slaughter 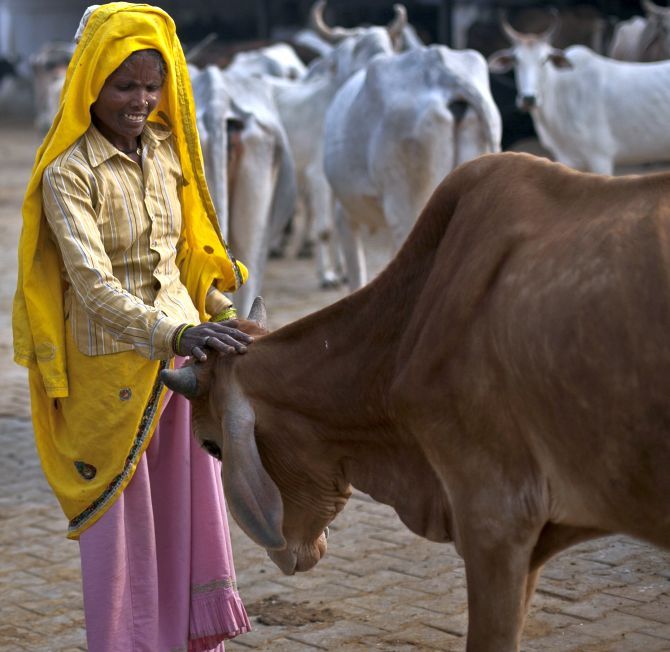 Punishment to those found guilty of cow slaughter in poll-bound Gujarat has been enhanced to life term under a more stringent law passed on Friday by the state assembly.

With the passing of the amendment Bill, Gujarat becomes the first state in the country to make cow slaughter punishable with life term. Cow slaughter has also been made a non-bailable offence.

The Gujarat Animal Preservation (Amendment) Bill approved by the legislative assembly also has a provision for ten-year imprisonment for transportation, storage or sale of beef.

The bill, which seeks to amend the Gujarat Animal Preservation Act, 1954, by introducing stringent punishments, was passed in the absence of the Congress MLAs who were suspended for a day for creating a ruckus in the House.

“The Gujarat assembly passed a cow protection bill, among the most stringent in the country, making cow slaughter a life time punishable offense,” Chief Minister Vijay Rupani tweeted shortly after the passage of the bill. Assembly elections in Gujarat are due towards the end of this year.

Introducing the bill, the Minister of State for Home Pradeepsinh Jadeja said, “Cows do not have only a religious significance, but also have an economic significance in our society. It is utmost necessary to increase the punishment to deter those involved in slaughtering of cows.”

As per the Bill, those involved in the slaughter of cows, calves, bulls and bullocks, would face imprisonment up to life, but not less than ten years.

In the present Act, which was amended in 2011, the maximum jail term for such acts was seven years, but not less than three years.

The bill also proposes imprisonment up to 10 years but not less then seven years for those found to be involved in transportation, sale and storage of beef. Earlier, the maximum punishment for the same offence was three years.

In 2011, when Narendra Modi was the chief minister of Gujarat, the state government had imposed a complete ban on slaughter of cows, transportation and selling of cow meat by amending the said Act.

Since then, the crimes related to cow slaughter in Gujarat are covered under the Gujarat Animal Preservation (Amendment) Act of 2011.

Under this Act, those found involved in slaughtering cows and related crimes are fined Rs 50,000, besides the jail term up to seven years.

In another change, the present Bill proposes that all offences shall be considered cognisable as well as non-bailable.

In the present Act, such offences are considered only “cognisable” and not “non-bailable”.

To deter transportation of beef, or bovine for the purpose of slaughtering, the state government has proposed to permanently “forfeit” vehicles.

At present, such vehicles are liable to be “seized” for a period of six months, or till the final judgment of the court, said the Bill document.

Explaining the rationale behind bringing such harsh punishment by bringing an amendment Bill, the statement of objects and reasons of the Bill said, “some more stringent provisions are required to be made by amending the said Act for curbing the menace of illegal slaughtering.”

“The @BJP4Gujarat Govt understands the importance & values of the Cow and that is the reason for the bill. Congrats to all members,” Rupani said in another tweet.

“Protection of cows is the single-most important principle towards saving the whole world from both moral and spiritual degradation.”

In another tweet, Rupani said, “To Indians, the cow symbolises all other creatures. The cow is a symbol of the Earth, the nourisher, the ever-giving, undemanding provider.” 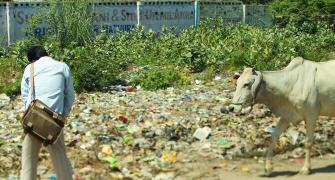 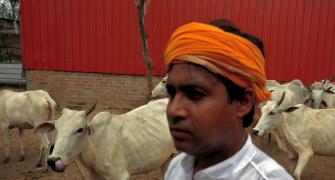 Will break limbs of those who don't consider cow as mother: BJP MLA