Continuing scrutiny of coal blocks which failed to meet development timelines, the Inter-Ministerial Group on Thursday recommended de-allocation of two more mines, raising to 13 the number of blocks against which such recommendation has been made.

One of the companies whose block was recommended for de-allocation has the son of former Corporate Affairs Minister Prem Chand Gupta as one of its directors.

Gaurav Gupta, son of Prem Chand Gupta, is a director in IST Steel and Power which owns the majority 53 per cent stake in the Dahegaon Markardhokra block.

Dahegaon-Makardhokra IV block was given to IST Steel and Power, along with cement firms Gujarat Ambuja and Lafarge India, in June 2009. The block has a total of 48.84 million tonnes of extractable reserves.

The other block Bhaskarpara was allotted to Electrotherm (India) Ltd and Grasim Industries jointly on November 21, 2008 for a sponge iron project. It has extractable reserves of 18.67 MT.

Both the blocks are in Chhattisgarh and find mention in the latest CAG report, which says undue benefits to the tune of Rs 1.86 lakh crore might accrue to private firms on account of allocation of 57 mines to them without bidding.

The IMG, which has concluded the scrutiny of 29 blocks allotted to private companies is likely to begin review of 29 more allotted to government companies from October 9, an official source said.

Apart from recommending de-allocation of 13 blocks, the panel has so far recommended deduction of bank guarantee in cases of 14 mines. A total of 58 mines were given show cause notices for failure to develop blocks within stipulated timeline.

The government had formed the IMG in July to review the progress of coal blocks allocated to companies for captive use. It commended the exercise of review of blocks on September 6.

The total number of mines that have been approved for de-allocation by the government as per the recommendation of the IMG is seven while bank guarantee of seven others have been deducted.

IST Steel & Power had earlier said that it failed to understand why a show-cause notice has been issued to it for delay in developing the Chhattisgarh coal block that is progressing on schedule.

"We don't know why a show-cause notice was given to us when the block is ready to start production from August, 2014. Our end-use plant (sponge iron) has also started production," IST Steel & Power's Director S C Jain had told reporters after the review of the block by the IMG on September 8. 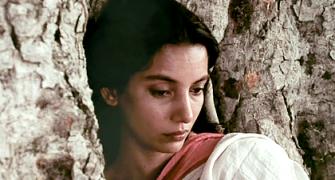