If Army can't move weapons to China border, how will it fight war: Centre to SC

The Centre on Thursday told the Supreme Court that if the Army cannot move its missile launchers, heavy machinery up to the northern Indo-China border, then how will it defend it and fight a war if it breaks out. 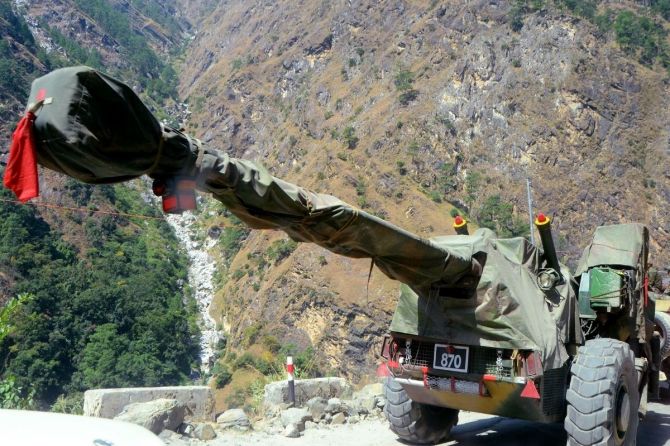 Trying to allay the concerns of landslides in Himalayan regions due to the construction of the wider Chardham highway project, the government said all necessary steps have been taken to mitigate the disaster and added that landslides have happened in various parts of the country and not specifically due to road construction.

A bench of Justices DY Chandrachud, Surya Kant, and Vikram Nath which reserved its verdict on a plea of the ministry of defence to modify its earlier order and plea of an NGO 'Citizens for Green Doon' against the widening of the road asked them to file written submissions on the steps taken and to be taken to mitigate landslides in the region.

Attorney general KK Venugopal, appearing for Centre, said, "These are inhospitable terrains where Army needs to move heavy vehicles, machineries, weapons, missiles, tanks, troops and food supplies. Our Brahmos missile is 42 feet long and needs large vehicles to carry its launchers. If the Army cannot move its missile launchers and machineries up to the northern China border, then how will it fight a war, if it breaks out."

He said, "God forbid if the war breaks out then how will the Army deal with it if it does not have its weapons. We have to be careful and on guard. We are to remain prepared. Our defence minister attended Indian Road Congress and had said that the Army needs disaster-resilient roads."

"Landslides can happen anywhere in the country even where there is no road activity but mitigation steps which are necessary are undertaken. Our roads need to be disaster resilient. There are specialised protection measures undertaken in the vulnerable areas, where frequent landslides occur and heavy snowfall blocks the road," he said.

The top law officer said that the IRC has recommended an additional 1.5-meter width in snow-bound areas so that vehicles can move in those areas.

"The build-up on the other side of the border can only be accessed through passes in these mountains. The high powered committee supervising the Chardham project in its report did not address these concerns of the Army. The HPC report is far cry from the needs of the Army," he said.

He said today there is a situation where the country needs to be protected and all the available resources and forces need to be combined to protect the country.

"We need to ensure that all the facilities which are needed by the Army are provided. We cannot raise our hands and say that our roads are of 5.5-meter width and therefore our Brahmos launchers cannot go up the hill. There are huge Tatra trucks, tanks, and other smerch multiple rocket launchers which need to go up the hill," he said.

Venugopal said that the Army has to undertake a stupendous task to reach upto the China border through the mountain passes come whatever may like landslides or snowfall.

"Can the Army say that it will not take these mountain roads as landslides happen and hence it cannot protect the borders? There are no alternatives. We have to live with landslides. We have to deal with it through mitigating steps. Landslides have happened in Karnataka, North Eastern States, West Bengal, and other parts of the country. It has not spared anybody. It has to be accepted that Jammu and Kashmir, Himachal Pradesh, and Uttarakhand witness more landslides," he said.

Venugopal said that the HPC report focuses on totally different aspects and did not consider the situations of the Army which it has to undertake.

Senior advocate Collin Gonsalves, appearing for the NGO, said that the road widening project has to be stopped. It will endanger the lives of soldiers and people as the Himalayas don't need any such thing to happen.

"These activities cannot be allowed by the Himalayas. These are god-given restrictions. If you forcefully try to do it, the mountains will reclaim it. There were some mitigation steps taken but they were all washed out," he said.

On Wednesday, the top court had asked the Centre and an NGO to suggest additional safeguards which it could impose on implementing agencies of the ambitious Chardham project if it allows the multi-thousand crore project to go on considering the huge ramification of the country's defence needs.

The court was hearing the Centre's plea seeking modification of the September 8, 2020 order, which had asked the ministry of road transport and highways to follow the 2018 circular stipulating carriageway width of 5.5 metre on the ambitious Chardham highway project, which goes up to the China border.

In its application, the MoD had said it seeks modification of the order and directions that the national highways from Rishikesh to Mana, from Rishikesh to Gangotri, and from Tanakpur to Pithoragarh may be developed to two-lane configuration. 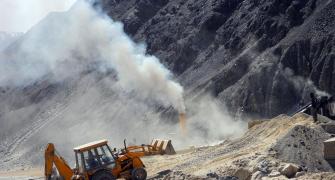 We accept neither Chinese occupation nor claims: MEA 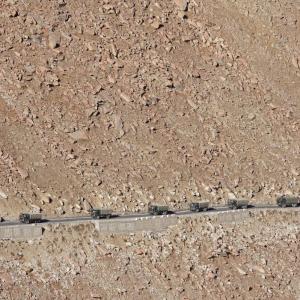