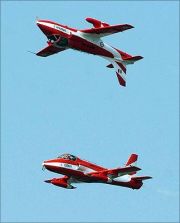 The Indian Air Force is planning to hold a joint war game with the Chinese Air Force in 2012, even as it prepares to showcase its capabilities to fight a war during "day, dusk and night" on February 28 in Rajasthan.

The planning for the joint exercise with China's Peoples Liberation Army (air force) had already commenced and the exercise will be held keeping with its policy of joining an international war game biennially, IAF Chief Air Chief Marshal P V Naik said on Monday.

"As far as China is concerned, around 2012 we hope we will also be able to do an exercise with China as the Army, which has already taken a lead in this. Planning has already commenced, but political acceptance, suitable dates etc take some time to come," Naik said to a question on a possible joint exercise with the PLA Air Force in the near future.

On the fire power demonstration at Pokhran ranges codenamed Vayu Shakti-2010, he said this would be the largest ever air force exercise aimed at showcasing the IAF's prowess and capabilities to the nation to which defence attaches from foreign nations have been invited.

To be witnessed by President Pratibha Patil and Defence Minister A K Antony, the exercise would have a total of 105 aircraft, including the potent Sukhoi fighter jets pounding simulated targets in the Rajasthan deserts to demonstrate its precision, speed and lethality, he added.

"When called upon, we will deliver combat power with precision and lethality... This is what we intend showcasing in Vayu Shakti-2010. An exercise of this magnitude in the day followed by dusk and followed by night is for the first time it is being staged. The last Vayu Shakti in 2004 was a day affair. So, there is a vast difference between the two," Naik said introducing the exercise concept.

"About 70-odd aircraft with another 30-odd standby aircraft will be delivering precision weapons and display our capability as of today. The weapon load being delivered include both precision as well as non-precision weapons. The targets at Pokhran will be simulating live targets as much as possible," he added.

Asked why Vayu Shakti was being held after a gap of five years, Naik said the IAF used to hold the exercise annually, but later "we ended up in the phase of paisa illey (no money)".

"All these weapons cost money although these are part of our training. But, the country did not have money. Then, we started opting for international exercises. We went to Red

Flag exercise in the US.

"Last year, we decided to hold one major international exercise once in two, three years and to hold Vayu Shakti biennially," he said, noting that the domestic exercise cost about Rs one crore and the Red Flag a few crore due to the logistics involved in flying to the US for the exercise.

To another query, Naik said the IAF had already informed its neighbours, including Pakistan, about the exercise, as "we should not raise alarm unnecessarily, as it is a planned exercise." 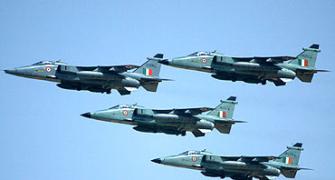 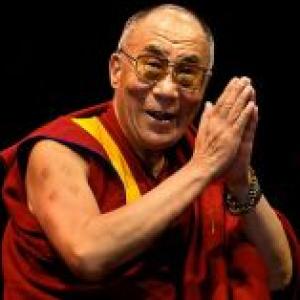