Source: PTI
February 27, 2011 17:26 IST
Prime Minister Manmohan Singh has assured a Buddhist delegation that he will personally look into the case of recovery of foreign currency to the tune of Rs 7.5 crore from Gyuto Monastery, the transit home of Karmapa Ugyen Trinley Dorje, in Himachal Pradesh.

"The PM assured a Buddhist delegation, which met him on Saturday to discuss the issue, that he would personally look into the matter and review the entire case as soon as the Budget session is over," a press release issued by the Joint Action Committee of Buddhist Organisations of Sikkim said.

The Buddhist delegation had called on the PM to discuss the problems facing the Karmapa.

The release said that the Prime Minister reassured the delegation  that "he fully understood the sentiments of the Buddhists" and promised that as soon as the Budget session was over, he would personally look into the matter and review the entire case.

They also submitted a memorandum to the PM requesting him to "look into all the problems that the Karmapa was facing and allow him to visit Sikkim".

The Centre on February 16 is understood to have given a clean chit to the Karmapa in the case relating to the huge foreign currency haul from his house, saying the money had come in the form of donations and offerings by devotees. This was the conclusion arrived by the central government after its agencies probed the case following the recovery of foreign currency to the tune of Rs 7.5 crore from the Gyuto Monastery, the transit home of the Karmapa, in Himachal Pradesh. 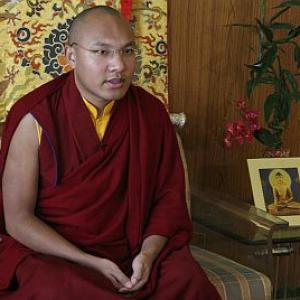 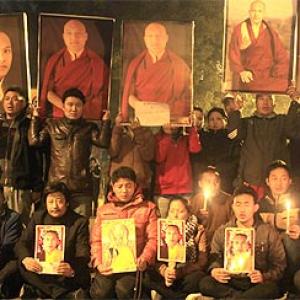