I wasn't there at the riot location, says Tytler 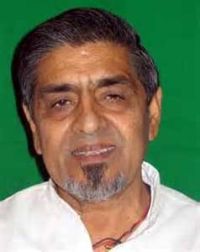 In an exclusive interview to CNN-IBN, Jagdish Tytler breaks silence a day after a Delhi court puts him back in the dock in the 1984 anti-Sikh riots case.

Speaking to Rajdeep Sardesai, Tytler denies political interference in the case and says he will wait for a clean chit before accepting any responsibility in the government.

Secondly, I happened to be next to Indira Gandhi's body, of which I’ve proof. How can I be at two places? If I can be there near Indira’s bodfy -- of which Doordarshan has the proof --how can I be there?

On recommendation of Nanavati Commission for further investigation

But Nanavati says in the first statement that Tytler was there and in second statement he said Tytler was not there. That's how these observations came.

In the Nanavati report there is nothing except the affidavit of Surinder Singh.

Under 164 he says here is a gentleman who made me write this. I did not see Tytler and Tytler has nothing to do with this, and I want to put this before the court on record. Unfortunately the man died of cancer.

On court order to reopen the case

They should do it. I've no objection. But where were the witnesses when the case was registered in 1984? For 22 years they were pressurised by whom?

Surinder’s father says he is lying. I'll show you the affidavit given to the Central Bureau of Investigation. His brother says he is telling lies, I was with him. The gurudwara secretary says he was telling lies. In the end he wrote to the prime minister, saying ‘I'm sorry, I told lies’.

On Phoolka's allegation of attempt to discredit witnesses

All this is nonsense. There are 37 witnesses staying near the gurudwara. Is the president of the gurudwara my cook?

I want to know why did he make him (Surinder Singh) write this.

I've given you a tape also, why don't you listen to that? You would find shocking things in that tape. His son writes from America to say that my father is being pressurised. There are people who want this kind of thing to happen.

According to the affidavit by the son here is a man who misled them. Is this a respectful thing to do for him (Phoolka)?

On people behind conspiracy to indict Tytler

Once a Sardar came to meet me. He said I spent 12 years in jail. “I'm one of the persons who shot Beant Singh. I want to live a normal life but there are few people who are pressurising me that you go and shoot this man and take Tytler's name when caught,” he told me.

Then I called the Intelligence Bureau people and then IB took him with them. He gave them the statements about the camps and all. I think those are the people behind it.

On the CBI cover up

You must know this and the nation must know this. The closure report was made first time when Advani was the home minister. How was that possible?

I think this is just that they wanted to take advantage of the situation and make money out of it. I think Phoolka may be getting enough money from the Shri Gurdwara Prabandhak Committee.

Do you believe his statement? The CBI investigation found he was not even in Delhi. The day he mentions there was a curfew in Delhi.

On CBI closure reports being rejected

Do you know Jasbir Singh is an absconder? He is wanted by court of law. Do you know CBI tracked down that he was not even in Delhi, he was in Jodhpur?

On allegations of using Congress clout to get away

What happened in 1984, it does not make anybody happy. From that October 31 night my house was full of people from Sikh community. I was the only person who arranged the camps and I stayed in the camps.

In my constituency I took the steps to stop the mob. I've got a record of 21 or 31 people got convicted, FIRs were registered against known BJP leaders. Why was this application withdrawn? The Hindustan Times published those things in detail. How are the FIRs against BJP leaders withdrawn?

Why no exoneration yet

The case has not come before the court. The closure report has come up. The report has been accepted by two judges. The third judge says there were three witnesses of which the CBI has not taken an interview. They should have been counted for. What were these witnesses doing from 1984 to 2008?

On pressurising the witnesses

Can any one be named who has been pressurized? Don't talk about Phoolka. He has got his own target of which he is going to be exposed. I served the Sikhs in my constituency and I’m proud of the fact that I did not allow this to happen in my constituency.

The day Mrs Gandhi's body was lying there, all seven MPs were around her body. It was Rajiv Gandhi who shouted, ‘what are you doing here, go back to your constituencies?’ He drove the car and we went to Mukherjee Nagar, ModelTown. Don't blame Rajiv Gandhi.

It's for the court to decide who was responsible. Let the court decide.

On rewarding the investigating officers and judges heading commissions

Twice the BJP government was there and commissions were also appointed under them. Why did not they take any action?

Modi has got his own agenda. What he did everybody knows about it. The matter has reached to Supreme Court. Let the decision be taken on that. In 1984 riots those who are convicted should be punished.

On setback to political career

I resigned because of the moral responsibility, because the accusations were against me. I did not want the party or the prime minister to be embarrassed. Till the time my name is not cleared I'm not going to ask for any post in the government.

I can't even dream of taking a responsible position as an elected representative. Till date nobody has put a question mark on me except the media. Govt should seek Trai views on spectrum price: Montek
We have NEVER compromised on secularism: JD-U on Modi 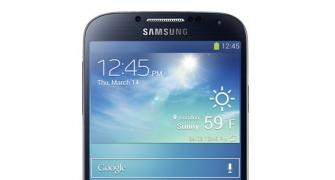 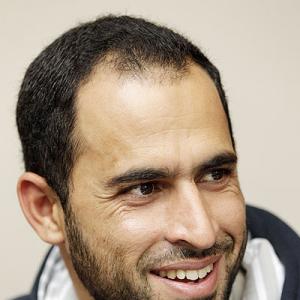 Aus Ashes fate could rest with this Pak refugee

Congress NOT worried or scared about Modi: Digvijay