Former US National Security Advisor James Jones has said that he was the intermediary who delivered to former military chief Admiral Mike Mullen a secret memorandum that businessman Mansoor Ijaz purportedly drafted on behalf of the Pakistan government.

Jones confirmed to the Pakistani media that he received the memo from the Pakistani-American businessman and delivered it to Mullen in May. Ijaz has claimed that he drafted the memo on the instructions of Pakistan's Ambassador to the US Husain Haqqani, a charge denied by the envoy.

However, Jones said he was neither a serving US government official or associated with the Obama administration in any way when he delivered the memo to Mullen.

"I was not in government when I forwarded the message to Admiral Mullen on May 10," Jones, who was the National Security Advisor of President Barack Obama from January 2009 to October 2010, said in an email sent to some Pakistani journalists.

Jones further said he had confirmed his role as the intermediary to The Financial Times four days ago.

Haqqani has been at the centre of what the media is referring to as the 'Memogate' controversy since Ijaz claimed last month that the memo delivered to Mullen had sought American assistance to prevent a possible military takeover in the wake of the US raid that killed Osama bin Laden on May 2.

Though Ijaz claimed he drafted the memo on the instructions of Haqqani, the envoy has said he played no role in drafting or delivering the memo to Mullen.

Haqqani arrived in Islamabad on Sundayafter being called back by the government to explain his position on the memo. Before leaving Washington, Haqqani said he would appear before a Pakistani parliamentary committee which would be headed by a religious scholar who was also a lawmaker.

He said the panel would hold a full inquiry into the issue and try to "sift facts from fiction". Haqqani said he would urge the committee to investigate why "the statement of a doubtful individual was blown out of proportion".

He said the enemies of democracy were behind the scandal and wanted to "use it as an excuse to undo democracy". Reports have said the powerful military is pressuring the weak civilian government to remove Haqqani from his post.

Haqqani has always had an uneasy relationship with the military for his pro-democracy stance.

Haqqani, a close aide of Zardari, has served as a vital link between the Pakistan government and the Obama administration and played a key role in resolving several recent crises in bilateral relations, including the stand-off over Central Intelligence Agency contractor Raymond Davis, who was arrested after he shot and killed two men in Lahore earlier this year.
Rezaul H Laskar in Islamabad
Related News: Husain Haqqani, Mike Mullen, Mansoor Ijaz, James Jones, National Security Advisor of President Barack Obama
Print this article 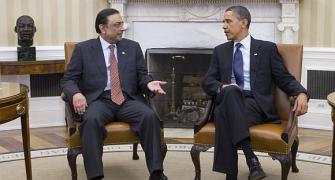 When Zardari almost sent 26/11 culprits to India
'Memogate': Haqqani leaves for Pak to explain his position 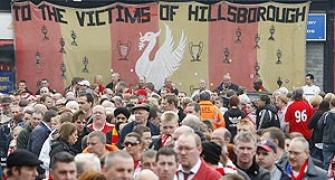