I cleared files faster than other CMs: Chavan

Asserting that the perception about his being slow in administrative work was far from reality, Maharashtra Chief Minister Prithviraj Chavan on Saturday said the pace of his work was in fact faster than that of his three predecessors during the 13-year-old democratic front government in the state.

"I sought information about file clearing speed and found that my pace of clearing the files was faster than that of Vilasrao Deshmukh, Sushilkumar Shinde and Ashok Chavan," he said.

The CM was speaking at an awards function organised by Mumbai Marathi Patrakar Sangh here tonight. "When I suddenly came here, my mandate was to create stability. You have to judge how much I have succeeded. I was new to many things. Now I know much more than I knew when I came here," he said.

"My stint in Delhi has also helped," he added. Peoples' angst over corruption is reflected in Anna Hazare movement, Chavan said. "If people feel somebody has a magic wand, people welcome it," he said.

There is now transparency in administration and this is largely due to three reasons, he said. "One is due to the Right to Information Act. Some senior ministers had then opposed it. The Act came into being because of Sonia Gandhi's insistence," he said.

"We need to strengthen the act and remove faults in it," he said.

Public Interest Litigations and non-governmental organisations movements have also helped and so has the corporatisation of media, he said. On Time magazines cover, calling the PM as the underachiever, Chavan said, "The reason of criticism against PM is to put pressure to allow things like FDI in retail and entry of walmart in India. It is clear that manufacturing is not possible in the US and hence the pressure to allow investment in some sectors," he said.

Looking confident after the week-long stand-off between the Congress and the Nationalist Congress Party ended, Chavan said there should be coordination among the allies.

PTI
Source: PTI© Copyright 2020 PTI. All rights reserved. Republication or redistribution of PTI content, including by framing or similar means, is expressly prohibited without the prior written consent.
SHARE THIS STORY
Print this article
Team Anna supporters protest outside PM's residence
Reduce 'visibility' of troops in J-K: Antony
Court dismisses complaint against Kejriwal 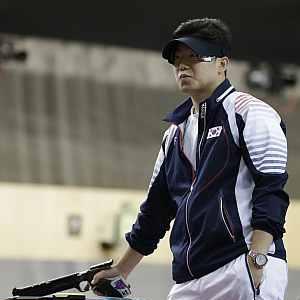