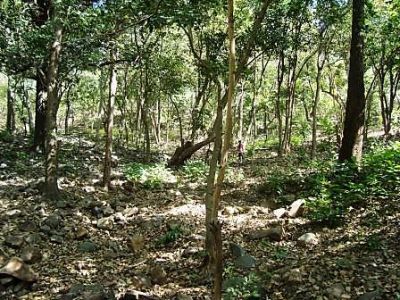 Taking a sharp U-turn from its previous stand, the Union tribal affairs ministry has agreed to reinterpret the Forest Rights Act -- which allows tribals to rightfully manage their forests and control the trade in forest produce -- and allow the Maharashtra forest department to get back control over forest management.

The move will allow the Maharashtra forest department to get hold of the lucrative trade worth crores of rupees in forest produce such as tendu leaves and bamboo.

The move could now open a Pandora's box and states like Madhya Pradesh, Jharkhand, Chhattisgarh and Odisha may also follow suit.

MP has already put similar regulations in place and other states are working towards such rules as well.

The Forest Rights Act was enacted in 2006 by the then United Progressive Alliance government, ending the absolute control of the state forest departments over the forests.

Through the Forest Rights Act, the rights over forest produce were effectively transferred to tribal villages.

The first few tribal villages to get control over their forests were from the Gadchiroli district of Maharashtra, giving the state a special significance in the issue. These tribal villages auctioned and collected crores of rupees from the sale of bamboo.

However, in March 2014, the then Congress-Nationalist Congress Party government in Maharashtra passed regulations that ensured its forest department retained control over forest management, which includes the large-scale trade and sale of forest produce.

The Union tribal affairs ministry found this against the Forest Rights Act and repeatedly told Maharashtra that its rules were prima facie in violation of and irreconcilable with the law and should be kept in abeyance.

But after a meeting in November last year at the Cabinet secretariat between the environment and the tribal affairs ministry, the latter has made a turnaround and reinterpreted the legal provisions of the Forest Rights Act to give the Maharashtra government control back over the forests, although with some conditions.

The turnaround was facilitated after a relentless pursuit by Maharashtra and personal intervention by Javadekar and Gadkari. While Javadekar, as the Union environment and forests minister, had a say in the issue, Gadkari does not hold a portfolio that is involved in issues of forestry.

Gadkari, the minister of rural development and panchayati raj, wrote to Tribal Affairs Minister Jual Oram, requesting him to withdraw his ministry's objections against the Maharashtra Village Forest Rules.

Javadekar also wrote a similar letter. At that time, the tribal affairs ministry did not relent and reaffirmed that the rules 'encroached upon and are irreconcilable with FRA and the Panchayat Extension to Scheduled Areas Act or PESA'.

Maharashtra did not back off. It sent legal advice from Additional Solicitor General Pinky Anand which disagreed with the tribal affairs ministry. The ministry also stood its ground and wrote back that it had sought legal advice too and had concluded Anand was wrong: The rules violated the Forest Rights Act and were unconstitutional.

It gave a detailed explanation on the several provisions of the Forest Rights Act that were violated by Maharashtra's rules which gave control over forest produce to the forest department.

But the documents show that on November 17, 2015 the Cabinet secretariat called a meeting of the tribal affairs ministry and the Union environment ministry after which the former finally relented.

It passed two orders subsequently on November 27 and December 8 stating its altered stance. A copy of the November order was also marked to the Prime Minister's office.

In November, it said it had taken note of the recommendations of the environment ministry and the Maharashtra government that other stakeholders too could have rights over forestlands besides tribals, though the Forest Rights Act did apply to all forestlands.

It continued to say that there was an overlap of powers and unresolved legal differences created by the Maharashtra rules, but they 'should be harmoniously construed'.

Then, in its December order, it concluded that, as agreed in the meeting held at the Cabinet secretariat, it would approve the rules of the Maharashtra government with some amendments.

The amendments would state that the rules would apply where the rights of tribals are not pending or claimed or gram sabhas (village councils) have concluded that no future rights are likely to be claimed.

Earlier, it had opposed the rules reading them along with draft gram sabha resolutions prepared by the state government and said the rules required the President's approval as they encroached upon the two central laws that expressly override other legislations.

Before the Forest Rights Act was legislated, the trade was almost entirely regulated and controlled by state forest departments which used to sell these goods through contractors and traders for industrial use such as beedi making or paper and pulp manufacturing.

Tribals were paid wages for extracting the forest produce and substantially lower shares of revenue in some states. The Forest Rights Act was meant to break this monopoly of forest department and contractors and to recognise the rights of tribals and other communities to manage forests -- a practice legalised in many other forested parts of the developing world where indigenous people have traditional rights.

The erstwhile Planning Commission had estimated in one of its report that the annual trade in forest produce is estimated to be around Rs 50,000 crore (Rs 500 billion).

The tribal affairs ministry, in its U-turn, went a step ahead and said the ministry of environment and forests should now prepare a new code for sustainable management of forest resources.

For long, it has argued that rule-making under the Forest Rights Act fell in its domain and traditionally the forest department has been seen antagonistic to letting go of control over forestlands to tribals and other forest dwellers.

Till the code is developed by the environment ministry, the Maharashtra government and others can now carry on with implementing its own rules even if they are legally unresolved by reading them in 'harmony with forest rights recognised and vested under the FRA'. 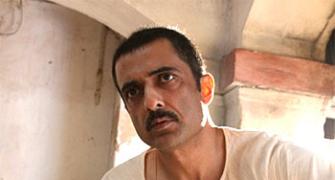 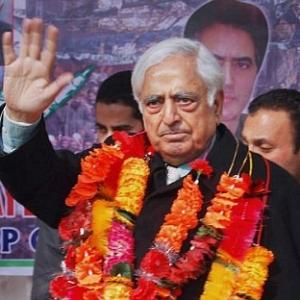 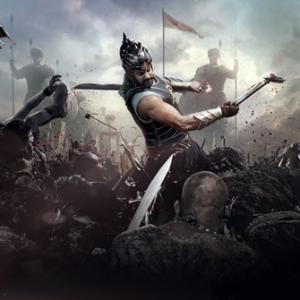