How BJP plans to make inroads into TN

Despite drawing a blank in Tamil Nadu, its leaders in the state claimed they should strike roots without using a crutch at this “most opportune” time, reports Radhika Ramaseshan. 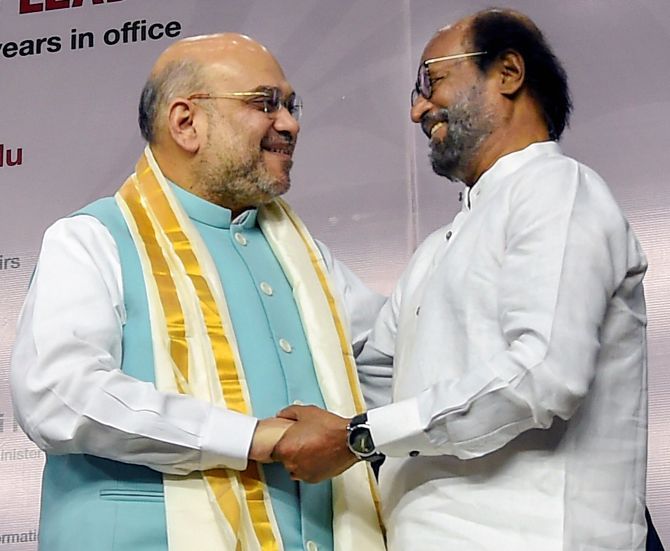 Tamil Nadu -- weighed down by history, dominated by an ideology that advocated autonomy, and split by caste hostilities -- is an enigma to the Bharatiya Janata Party, which has not yet made a mark on its own.

Buoyed by the BJP’s renewed mandate, despite drawing a blank in Tamil Nadu, its leaders in the state claimed they should strike roots without using a crutch at this “most opportune” time.

“This is the message we have disseminated to our workers -- that we have to stand on our legs without an ally. If an alliance has to be struck at some point, central leaders will take a call,” said S R Sekar, Tamil Nadu BJP treasurer and spokesperson.

The BJP realised that an opportunity beckoned after the Vellore Lok Sabha by-election in August, which the Dravida Munnetra Kazhagam won with a margin of just 8,000 votes after staging a spectacular comeback four months ago in the parliamentary elections.

The BJP did not contest the seat and backed the All India Anna Dravida Munnetra Kazhagam contestant, A C Shanmugam, who apparently put up a good fight after T T V Dinakaran’s Amma Makkal Munnetra Kazhagam stayed away and facilitated the flow of J Jayalalithaa’s legacy votes into the AIADMK pool.

“The DMK’s enthusiasm petered out by the time the by-election was held because its workers felt the Opposition was on its way out nationally, and the BJP was in the ascendant. The DMK led narrowly in only three minority-strong assembly segments of Vellore,” claimed H Raja, BJP national secretary.

Sekar said had the AIADMK’s candidate allowed the BJP to campaign “freely”, he might have won.

“Modi’s leadership has gained enormous traction since May but Shanmugam got cold feet because he owns an education establishment in the heart of a minority area and fears for its safety.”

The BJP’s perception was that in the AIADMK-DMK clash, the former might not be the “natural” beneficiary if the DMK was unable to hold on to the advantage that accrued in the Lok Sabha polls.

“There is no leadership in the AIADMK,” said the BJP’s state vice-president Suba Nagarajan, adding, “anti-incumbency is high against the state government, there is no unity and workers have lost their dedication to electoral activities”.

How did the BJP, rather ambitiously, hope to fill the vacuum?

The responses were tentative.

Raja -- who won just one assembly election from Karaikudi, in 2001, and lost three successive Lok Sabha polls from Sivaganga, P Chidambaram’s fief -- harked back to a pet BJP tactic of invoking symbols to draw linkages between the fiercely identity-conscious Tamil Nadu voters and the “national mainstream” and demonstrate that Tamils were as “nationalist” as the rest of Indians.

Among such moves made by the Modi government and listed by Raja were erecting a statue of Tiruvalluvar, the poet-philosopher, at Haridwar amid objections from the local clergy that forced a shift in the venue from Har ki Pauri to a government building, a Gujarati translation of Thiruvalluvar’s opus Thirukurral, a commemorative stamp of King Rajendra Chola I that was released in Bhubaneswar by Odisha CM Naveen Patnaik and Union minister Dharmendra Pradhan, a celebration of Thanjavur’s famous Brihadeeshwara temple in PM Narendra Modi’s Mann Ki Baat, and quotes from Subramania Bharati’s poems in Modi’s Independence Day address.

With the rest of the country, the BJP in Tamil Nadu also embarked on a sampark abhiyaan (connect campaign) to take the message from the abrogation of sections of Article 370 and Jammu and Kashmir’s bifurcation to the ground.

The campaign found purchase after the DMK spearheaded the Opposition’s protests against the decision and dubbed it an affront to federalism.

“We will harp on how Article 370 discriminated against women and Indians, in general, and how our government restored parity on both counts,” said Nagarajan.

The cherry on the cake was the choice of Mamallapuram to host the Modi-Xi Jinping meet in October.

“The acceptance of Modi’s leadership is growing so fast that it doesn’t matter who will lead the BJP in Tamil Nadu,” stressed Raja, as speculation was abuzz about who would succeed Tamilisai Soundararajan, the state president who was shifted to Telangana as governor.

“A new president will make a difference. From 2000, those who were made president had only one agenda and that was to project oneself and sideline the others and not to improve the party or motivate the workers. The last president didn’t have roots in the RSS (Rashtriya Swayamsevak Sangh). You need strong organisational roots and be ideologically committed to motivating the workers,” emphasised Sekar.

Given the sway that the Dravidian ideology still held over swathes of the electorate, did the BJP seriously expect the RSS’s world view to impact voters? 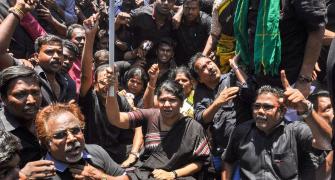 Why TN turned its back on Modi 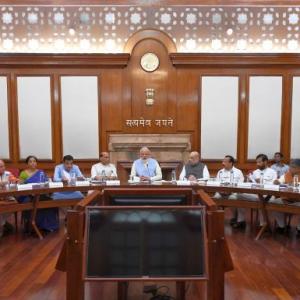