On the twentieth anniversary of the demolition of the Babri Masjid in Ayodhya by a mob of enraged kar sevaks, it might appear that the dispute about the birthplace of Rama is a thing of the past.

It seems no longer a salient issue in Indian politics; even the Bharatiya Janata Party merely pays lip service to it and speaks instead of economic nationalism or national security.

Like its current standard-bearer, Gujarat Chief Minister Narendra Modi, the party seems more than willing to not make a polarising message explicit in 2012. For a post-liberalisation India, discussions of economic prosperity could well make the divisive rhetoric that caused and followed the demolition irrelevant.

True, there are some holes to this theory. The most obvious, perhaps, is that, in spite of studies, there is no empirical regularity to increasing prosperity in India leading to a decline in communal tension or violence.

Indeed, research by political scientist Christophe Jaffrelot suggests that since the Ahmedabad riots of 1969, every major riot has taken place where Muslim artisans had become newly prosperous, and where the aspirations of Muslim entrepreneurs were coming into economic competition with those of traditional Hindu intermediaries.

It is not merely prosperity alone, therefore that is needed, but a structural change in the economy that renders these identities immaterial. But India is still considerably distant from such path-breaking reform.

Unlike, say, for caste differences, the process of urbanisation will not work to dilute these boundaries by itself. In any case, Muslims were always India's most urbanised community -- and, indeed, in the post-Babri period, their pace of urbanisation has slowed considerably. In the decade of the 1990s, the proportion of Muslims living in cities stayed the same, while it increased for every other community -- reflecting a new insecurity.

This insecurity and ghettoisation within India's public sphere can be directly traced to the events of the late 1980s and early 1990s, of which the Babri Masjid demolition was the most memorable.

If, before that time, there was a palpable sense among some Hindus that they were 'second-class citizens' in 'their own country', there is now in some sense an acceptance by many Muslims that they will be out of the mainstream of India's development.

This is not to deny that all young people, of all communities, share similar aspirations -- but some expect less from their country than others. They cannot expect representation -- the Lok Sabha is 5.5 per cent Muslim, much lower than what it used to be three decades ago.

And studies have shown that Muslims are one-third as likely to be hired as equivalently qualified Hindus by the private sector. Unsurprisingly, as the Sachar Committee pointed out, Muslim economic exclusion has led to comparatively very low income and development indicators for the community.

The absence of forward-looking representation in the mainstream; exclusion from economic and community life; and a sense of victimisation will, together, be a potent brew. Ram Janmabhoomi may not be a live political issue. But its effects certainly are. 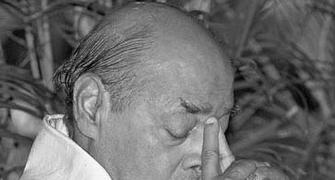 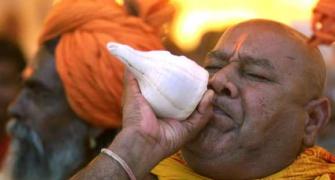 In Ayodhya today, there is religion but little else
One Ayodhya verdict, 28 issues answered