Hope rule of law will apply in Pakistan as well: India

India on Wednesday expressed hope that the rule of law will prevail in Pakistan as well in the 26/11 attack trial like it did in the case of Ajmal Kasab.

"Frankly speaking, we have allowed rule of law to prevail (in the case of Ajmal Kasab). Similarly, we hope rule of law will be followed in Pakistan. There is not vast difference between the criminal procedures in India and Pakistan," External Affairs Minister Salman Khurshid told media persons in New Delhi.

He was reacting to the hanging of Kasab, the lone surviving gunman of the 26/11 attack in Mumbai in 2008, in Yerwada Jail in Pune early Wednesday morning.

Khurshid said action in Pakistan on 26/11 perpetrators was necessary for the "extremely unpleasant incident" in which there was "tremendous amount of tragic loss of life."

He said India let the rule of the law follow when it came to Kasab and he was even given the opportunity to file a mercy petition before the President.

The minister said according to legal requirements, India informed Pakistan government and Kasab's family about the "inevitable event" of his execution.

"We did send a fax message to the Pakistan Foreign Office. There is no other way of communicating (the event). Though the message was not accepted we fulfilled our obligations," he said.

Khurshid said a courier was also sent to an address given by Kasab during his confessions informing about the execution.

On whether India received any request for handing over of Kasab's body either from the Pakistan Government or his family, he said no such request was received.

To a question, he said it was for Pakistan to take a call on its citizen. "We have informed an address in Pakistan about the inevitable event," he said.

The minister dismissed suggestions that Pakistan Interior Minister Rehman Malik's visit to India was postponed because of the execution.

"I don't think there is any link. The visits are decided on merit. The home ministry made an assessment. It was agreed that since Parliament will be in session there will not be ample time. There will be another appropriate time," he said. 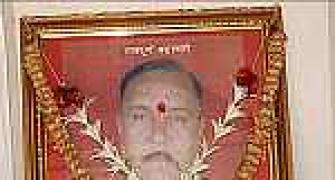 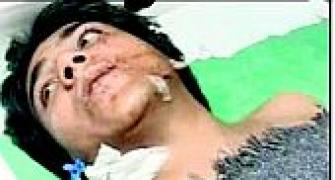