Union Home Minister P Chidambaram on Wednesday visited the CRPF headquarters in New Delhi to take stock of the operations in Naxal-hit states.

The visit comes in the backdrop of a spate of Maoist attacks which killed over 80 personnel recently.

The home minister reached the headquarters located in CGO complex early in the morning and spent almost five hours with senior officers before he left to attend a CII function in the national capital.

Today's visit is the second in less than a months' time since he met top officials on April 14 at the same place after the Dantewada attack where 75 CRPF men were killed.

Chidambaram was given a detailed presentation on the organisation and operational capabilities of the force by top CRPF officers including Director General Vikram Srivastava.

The home minister was also told about the training set-up of the force and various Counter Insurgency and Jungle Warfare modules being run by Central Reserve Police Force (CRPF) schools and in coordination with the Army.

The visit assumes significance as it came almost a fortnight after retired IPS officer E N Rammohan submitted the probe report into the deadly Naxal attack at Dantewada.

Chidambaram is also understood to have interacted with the officials about certain operational and community interaction methods that can be improved.

During his last visit on April 15, Chidambaram had enquired about deployment of senior officials in operational areas and adherence to Standard Operating Procedures (SOPs).

On May 8, Naxals blew up a bullet-proof vehicle in Bijapur district of Chhattisgarh killing eight men, in a major blow to the force after the Dantewada ambush.

Sources said the home minister during his visit, also discussed various measures for improving the efficiency and capabilities of the force.

Source: PTI© Copyright 2021 PTI. All rights reserved. Republication or redistribution of PTI content, including by framing or similar means, is expressly prohibited without the prior written consent.
Related News: Chidambaram, CRPF, IPS, CGO, CII
SHARE THIS STORY
Print this article 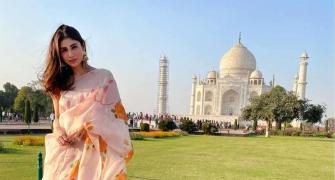