Calling Amartya Sen the ‘greatest humanist’ and a ‘great thinker’, French President Francois Hollande on Friday bestowed his country's highest decoration on the Nobel Prize-winning celebrated economist for his contributions to economics and philosophy.

Conferring 'Commandeur de la Legion d'Honneur' (Legion of Honour) after delivering the Madhavrao Scindia Memorial Lecture in New Delhi, Hollande lavished praise on Sen and quoted extensively from his works that speak about problems faced by the poorest sections of the society.

"I am extremely honoured as I have great admiration for French culture and civilisation. The President's connection with socialism is a chilling part of receiving this honour from him," the 79-year-old Nobel Laureate told the audience that gave a standing ovation to him twice during the ceremony.

The French president said he considered it a ‘great privilege’ to bestow the honour on Sen "who is an economist, socialist, humanist and a great thinker’.

"His works help improve the lives of people. He was an Indian by birth and was an Indian at heart as well though he travelled and worked in far-away West," he said before he gave away the honour.

Sen is a ‘teacher’ for everyone and ‘strength of the nation’, he said, and hoped that he would continue to do service to the global community. "This is with a lot of emotion that I bestow this honour on him," Hollande said as the audience gave a standing ovation to Sen.

In his speech, Sen spoke of his admiration for the French civilisation and recalled the then President Nicolas Sarkozy's move to appoint a commission headed by him and another Nobel Prize wining economist Joseph Stiglitz.

"Though he knew am a socialist and that he does not subscribe to my views, he was gracious to accept my recommendations," Sen said. 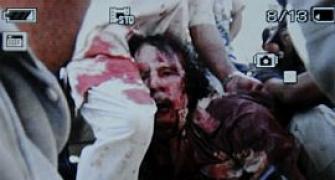 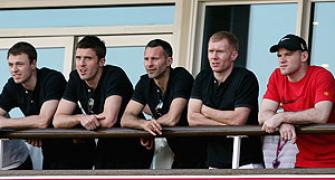 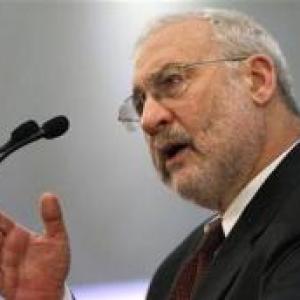 Stiglitz not in favour of biz houses owning banks