'History will not pardon Cong if they implement FDI'

Apprehending that the Samajwadi Party and the BGahujan Samaj Party would bail out the United Progressive Alliane on FDI in retail, the opposition in Lok Sabha

on Wednesday warned these parties as also Dravida Munetra Kazhagam that history will not pardon them if they sided with the government on the issue despite opposing it during the nationwide protest.

Among those who made a scathing attack on the government over the issue were members of the Janata Dal-United, the Communist party of India-Marxist, the Biju Janata Dal, the Shiv Sena and the All India Anna Dravida Munnetra Kazhagam.

UPA's ally the Nationalist Congress Party, which is a major partner in Maharashtra

government, suggested it was not completely on board regarding implementation of FDI in retail, with its leader Praful Patel saying the state's coordination committee will assess its impact as it did not want small retailers to be hurt.

But at the same time, he rejected the opposition contention that FDI was bad for the country. Participating in the discussion on the issue, JD-U leader Sharad Yadav said "The history will not pardon you (Congress) if you implement this measure. I am telling this also to those who were with us in the 'Bharat Bandh'," called by the entire opposition, including Left parties and the BJP in September to protest allowing of FDI in multi-brand retail.

Looking at SP chief Mulayam Singh Yadav sitting in the front row, he recalled that the SP, the BSP and the DMK were 'with us' during the nationwide protest and said that 85 per cent of the people would be adversely affected by the move.

"Sit over it again, have more consultations and roll back the measure. If you do not roll back, then we will roll back your government..... You can win this battle but not the war," Yadav said.

Parliamentary Affairs Minister Kamal Nath was seen sitting with the SP chief for some time during the discussion while  Minister of State in the Prime Minister's Office V Narayanasamy was seen chatting with BSP leader Dara Singh Chauhan.

Castigating Union Minister Kapil Sibal for saying that 'allowing FDI in retail would check inflation', the JD-U leader said Sibal had 'x-rayed his government by saying that the decline in GDP, industrial production or exports will be checked only through FDI as if this is the only medicine for all ills, as if it is the only way to retrieve the situation'.

Observing that successive governments had given slogans such as 'Garibi Hatao', 'India Shining' or 'Aam Aadmi', Yadav said, "Not one of them favoured the farmers or the working class. Even our freedom did not provide much succour to the downtrodden."

Warning of more agitations against FDI in retail, senior CPI-M leader Basudeb Acharia said while the Left has been consistent in opposing the move, the government has been 'inconsistent throughout'.

"The prime minister, as the leader of opposition in Rajya Sabha earlier, had written a letter opposing it. Congress leader P R Dasmunsi had termed it 'anti-national' in this very house. We have been consistent, you are not," he said.

Reminding that the government had said FDI in the pharma sector would bring international expertise and capital, he said the situation today was that "MNCs have taken over Indian companies and the prices of essential medicines have shot up."

He said the government had also brought in see company Monsanto, saying agriculture productivity would improve. "But maximum suicides by farmers have taken place where it went and in 10 years, Monsanto earned Rs 35,000-40,000 crore in profits."

Quoting American studies against Walmart and such other multi-brand retail chains, the CPI-M leader said there would be wide variations in what the farmers would get for their

produce and the price it is sold to the customer 'as has happened in several countries including the US'.

He asked whether FDI in retail would increase employment, bring in new technology or improve exports and asserted, "We will take this battle to the streets. Wherever you try to implement this plan, we will protest. We will not allow Walmart to come in."

Praful Patel said that while the BJP was opposing FDI in multi-brand retail, the national Democratic Alliance government led by it had furthered the liberalisation policy initiated by the Congress government in the 1990s.

He said claims that FDI would result in an 'earthquake' were unfounded and urged opposition against creating a sense of fear among people.

The Union minister said that malls were loaded with foreign goods and both Indian and imported commodities were running the markets.

Attacking the Shiv Sena, NCP's political rival in Maharashtra, Patel said malls selling foreign goods were being constructed by 'your leaders',leading to a war of words between members of the two parties.

Terming economy as a two-way traffic system, he said while there are protests over inviting foreign investment in the country, nobody was objecting to Indian companies acquiring entities in other countries.

Bhratruhari Mahtab (BJD) said his party had opposed the move in 2004, in last December and even now. "It will not help our agriculture and we have apprehensions that it will give rise to social unrest," he said.

He rejected the government's argument that FDI in retail would create jobs and bring in additional resources. Strongly opposing FDI in multi-brand retail, senior CPI leader Gurudas Dasgupta said there is pressure from multi-nationals and the prime minister is even ready to sacrifice the government to implement the proposal.

Dasgupta said that allowing FDI in multi-brand retail would result in a scenario of 'giants (MNCs) versus pygmies (domestic retailers)' and there cannot be growth.

He said the country's economic situation is 'very grim' but Parliament is kept in the dark by the government with regard to its strategy to tackle the crisis.

Dasgupta questioned the government's view that FDI in multi-brand retail would help tide over the economic crisis.

He also sought to demolish government's argument that FDI in multi-brand retail would eliminate middlemen. During the discussions, SP chief Mulayam Singh was seen chatting with Telecom Minister Kapil Sibal.

Harsimrat Kaur Badal (Shiromani Akali Dal) said allowing FDI in multi-brand retail is nothing short of bartering the country's interests and felt the move would only benefit a few foreign companies. She wanted to know if there was any safeguard for farmers.

"If Walmart is able to solve the problem of farmers, why is the American government giving about $20 billion subsidy for US farmers," she wondered.

Kaur said FDI in retail would give rise to a new breed of middle-men in the garb of quality control inspectors. She sought to know from the government as to who would be held responsible for job losses in the retail sector.

"Do not turn your back on your own people to favour the foreigners," Kaur said in a spirited speech. Her speech was interrupted by Congress members from Punjab, including Pratap Singh Bajwa and Ravneet Singh, who sought to raise a point of order.

Their requests were rejected by Deputy Speaker Kariya Munda, who was in the chair. Congress chief Sonia Gandhi was seen signalling Bajwa to sit down and allow Kaur to speak. Anant Geete (Shiv Sena) too opposed the move and said the government, by allowing it, was inviting the East India Company.

Referring to the SP chief invoking Mahatma Gandhi who was against foreign companies, Geete said 'we oppose it in Parliament and also on the streets. We will not allow any foreign company to step on Indian soil through the Gateway of India." 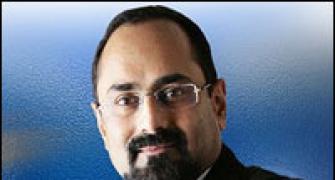 'Governments have instinctive fear of the internet' 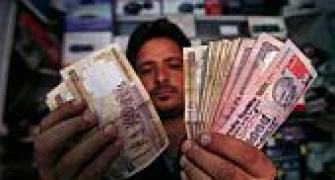 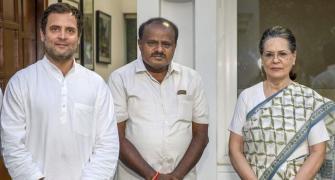 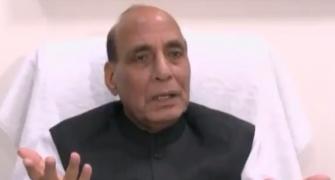 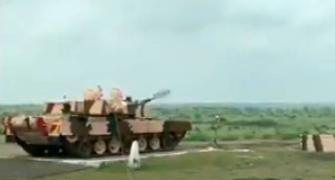