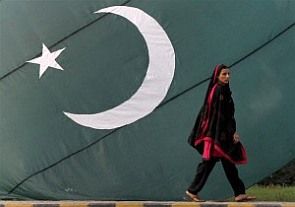 A small Hindu temple has been vandalized by unidentified men in Pakistan's southern Sindh province, leading to protests by the community members and local political parties.

An idol and religious books were reduced to ashes in the attack on the temple located on the outskirts of Hyderabad in the Tando Mohammad Khan district on late Thursday night, said Ramesh Vankhwani, a leader of the Pakistan Hindu Council.

"We don't know who is behind this but police have registered a case on our complaint against unknown persons. Eye witnesses saw four persons flee on two motorcycles after setting the temple on fire," Vankhwani said.

Senior police officer Naseem Aara Panwhar quoted a witness as telling police that they saw four men fleeing the area on two motorcycles immediately after the incident. She said the men were believed to be involved in the attack.

Naseem tried to play down the attack, saying that the place was not a temple in the exact sense of the word.

"It was an elevated platform for keeping idols. In the wake of arson attacks on temples early this year, we had told the caretakers of this temple as well to raise the boundary wall around it and avoid keeping idols and holy books there, but they failed to heed the counsel," she told Dawn.

They urged the federal and provincial governments to bring the instigators to justice. They temple was mostly frequented by members of the Kolhi community.

A case has been lodged at the Tando Mohammad Khan police station against unidentified arsonists.

Mohan Lal, who is a nephew of Sindh Minority Affairs Minister Giyanchand, said that the minister had sent a team to inspect the temple the same day.

"The boundary wall of the temple is hardly three to four feet high, with a small gate," he said, confirming that the police had advised local Hindu residents to erect a higher
boundary wall around the temple but they failed to do so.

They said that such incidents were aimed at harassing Hindus and scaring them into migrating from Sindh.

In a similar arson attack on March 28 this year, a small temple was torched near Fateh Chowk in Hyderabad, triggering widespread protests by the Hindu community. 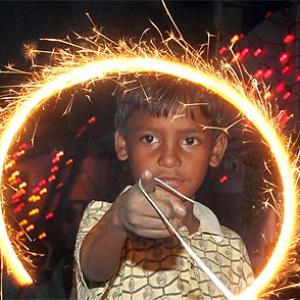