The BJP is the frontrunner, but incumbent Virbhadra Singh is the most popular chief ministerial candidate.
Aditi Phadnis reports.

Recent election surveys have thrown up surprising conclusions about the Himachal Pradesh election, due on November 9.

The India Today-Axis survey conclusions are that while the Opposition Bharatiya Janata Party is set to form the government in the state, it is the current Congress incumbent, Virbhadra Singh, who is the most popular chief ministerial candidate.

How could this be? Not so hard to understand.

For one thing, Singh belongs to Kangra, the region that sends the largest complement of seats to the legislative assembly (16 of the 68). The district also has a quarter of the state's population.

Veteran BJP leader and former chief minister Shanta Kumar belongs to Kangra. In the 2012 state polls, the Congress won 10 seats in Kangra, followed by the BJP at three.

The other districts that have a significant number of assembly seats are Mandi (10) and Shimla (8). Together, they can swing the election for any political party.

Corny as they may sound, the slogans are being discussed widely as part of the election discourse.

The only thing is, this election represents the shortest-ever campaign period although the Model Code of Conduct will stay in force for the longest stretch ever.

While the poll code will remain enforced for 69 days up to December 20 (till the government is formed after results are declared on December 18), parties and candidates have got 12 days for campaigning.

During the 2012 elections, the code was enforced on October 3, the filing of nominations commenced on October 10, the last date of withdrawal was October 20, while the polling was held on November 4, and 13 days were given for campaigning.

Judging by the difficulty both the Congress and the BJP have had in announcing their list of candidates, a truncated campaign period is probably not such a bad thing. Both parties have been racked by internal squabbles.

While Virbhadra Singh is intensely unpopular in his own party -- possibly owing to the fact that he has been around for so long, he has dwarfed the development and growth of a second-generation leadership in the Congress -- the BJP is no better.

The issue was the location of the All India Institute of Medical Sciences, which Thakur insisted must be in his Lok Sabha constituency, Hamirpur.

How much factionalism and sabotage can damage the outcome is clear from a factoid.

In the last election, there was a tough contest in eight assembly seats in which the victory margin was fewer than 800 votes.

The issues are diffuse. Himachal Pradesh has a very large population of government servants.

The primary occupation is agriculture and the politics of setting a purchase price for apples is a major election issue.

Farmers say they don't get a fair price for their fruit and are asking the government to lobby with the Centre to increase the rate of duty on imported apples.

Delay in subsidies is another contentious issue, with farmers waiting for relief since their subsidy claims of 2013-2014.

Like the rest of the country, demonetisation and the goods and services tax are major poll issues in Himachal Pradesh.

Cash ban and the tax reform have hit small traders and migrant workers in the state. The traders could tilt the vote in the ruling Congress' favour as the party continues to target the government on this issue.

The Himachal Pradesh campaign and election might not draw as much national attention as the one in Gujarat. But for a small state that has had its share of administrative successes (especially in education) and failures (in the employment field), it is an interesting poll exercise to monitor the issues that move people politically. 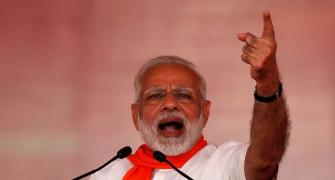 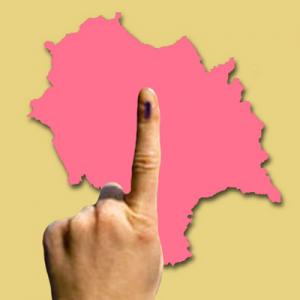 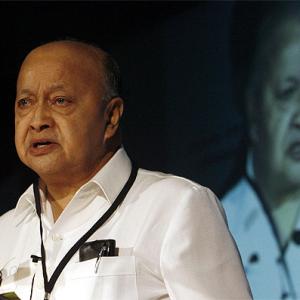