Security agencies went into a tizzy in Punjab's border district of Pathankot after a farmer reported suspicious movement of six men, with police launching a massive search operation. 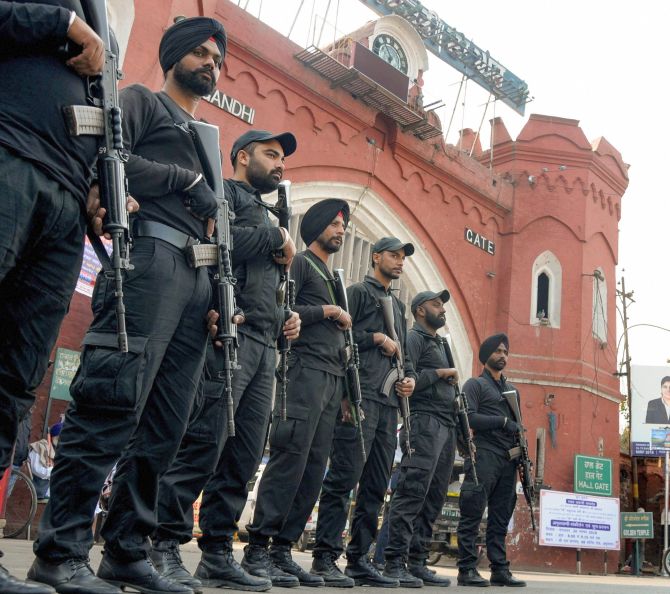 The agencies were already on alert after four people travelling from Jammu in a hired car snatched the vehicle from its driver at gun point on November 13 in the district's Madhopur area.

The Punjab Police Saturday ruled out a terror angle in the snatching case after the vehicle's driver identified one of the suspects who, officials said, was a local criminal.

Police were maintaining a vigil as in 2016, terrorists, who had launched attacks on the Pathankot air base, had snatched a Punjab Police officer's car to get to the military facility.

On receiving information from the farmer, police have shared inputs with all agencies concerned to trace the six men.

Balbir Singh, a farmer in Pathankot district's Shadipur village, claimed that he had seen six suspicious men on Friday evening when he was working in his fields.

"I saw six tall persons who were carrying backpacks. As they were looking unfamiliar, I informed the village sarpanch (head), who later told police about these suspicious men," Balbir told reporters.

Following the information, the Punjab Police issued an alert in the area and launched a search operation and domination exercise on Friday evening. On Saturday morning, a team of police again carried out a search operation to trace the person, an official said.

"We carried out search operations in at least five villages. However, nothing suspicious has been found yet,” Pathankot senior superintendent of police Vivek Sheel Soni said on Saturday when asked about the farmer's claims.

In Chandigarh, Punjab director general of police Suresh Arora told reporters that he had spoken to the Pathankot SSP in this regard, and they had carried out search operation.

"We have also shared this input with all the agencies,” the DGP said.

To a question, he said Punjab is a border state and it has 553 km of international border.

On the snatching case, Arora said, "One of them (vehicle snatchers) has been identified. He turned out to be a criminal belonging to Punjab."

"There is no terror angle involved in that incident,” the DGP said Saturday evening.

The criminal belonging to Jalandhar district was identified after the driver of SUV recognized him from the picture, police said.

However, police have not been able to trace the vehicle.

In another incident, Pathankot police found an abandoned car near Muthi village, which it believes belonged to some bovine smugglers.

The car, bearing a Jammu and Kashmir registration number, has been traced to its owner Hassandin of Kathua district, and "a raid was also conducted at his house but he was not found", a police official said.

On Friday night, police got an input about some bovine smugglers in a car. Check posts were alerted in Pathankot district to stop the vehicle, the official said.

However, the car's driver avoided two police check posts near Kollian village and Ujjh. But later, the vehicle was abandoned near Muthi village when its occupants found it was not possible to evade police. There were four people in the car, the official said.

Nothing suspicious has been found from the vehicle, police said.

Extra vigil is being maintained by security agencies in the border district. 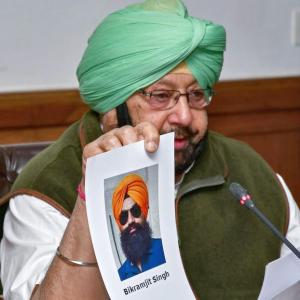