A heatwave swept through North India on Sunday with the mercury crossing 49 degrees Celsius in pockets of Delhi.

Please click on the images for glimpses of how North Indians are trying to beat the heat. 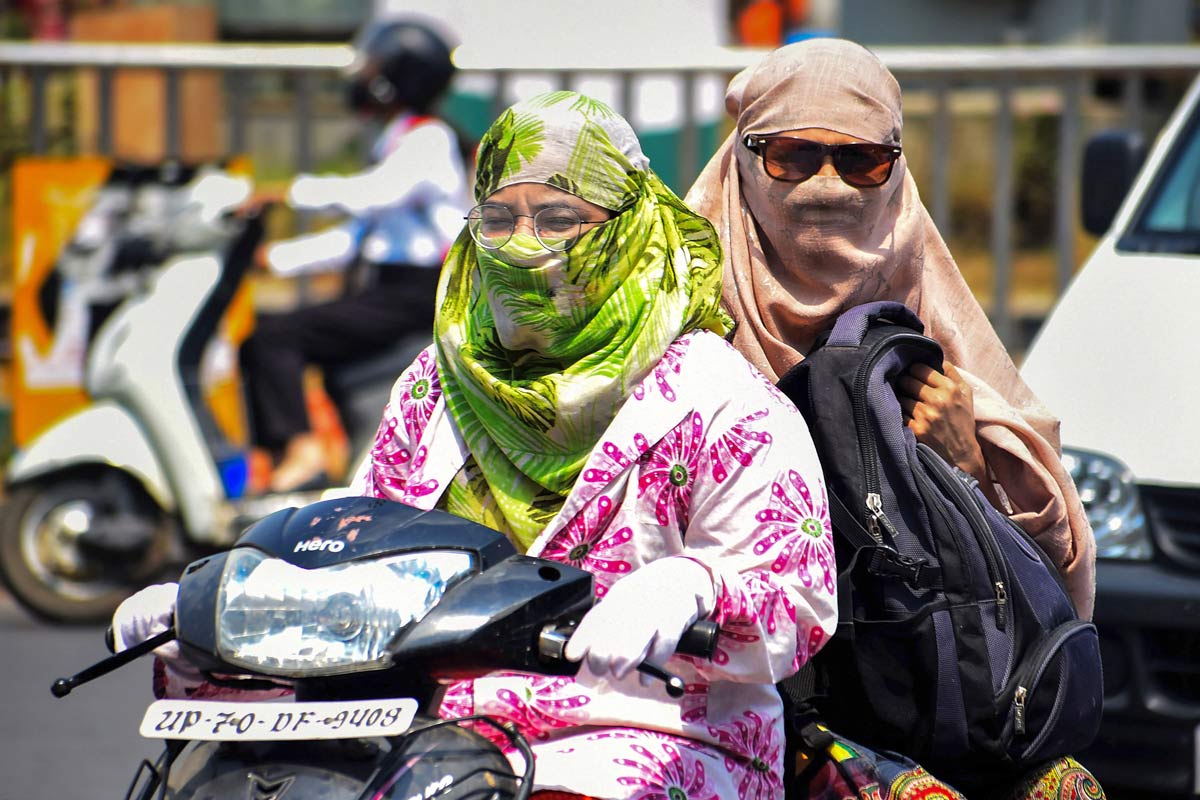 IMAGE: Commuters use scarves to shield themselves from the heat on a hot summer day in Prayagraj. All photographs: PTI Photo IMAGE: Children riding pillion on a scooter shield themselves from the sun on a hot summer afternoon in Gurugram. IMAGE: A man quenches his thirst at the Hazratganj crossing in Lucknow. 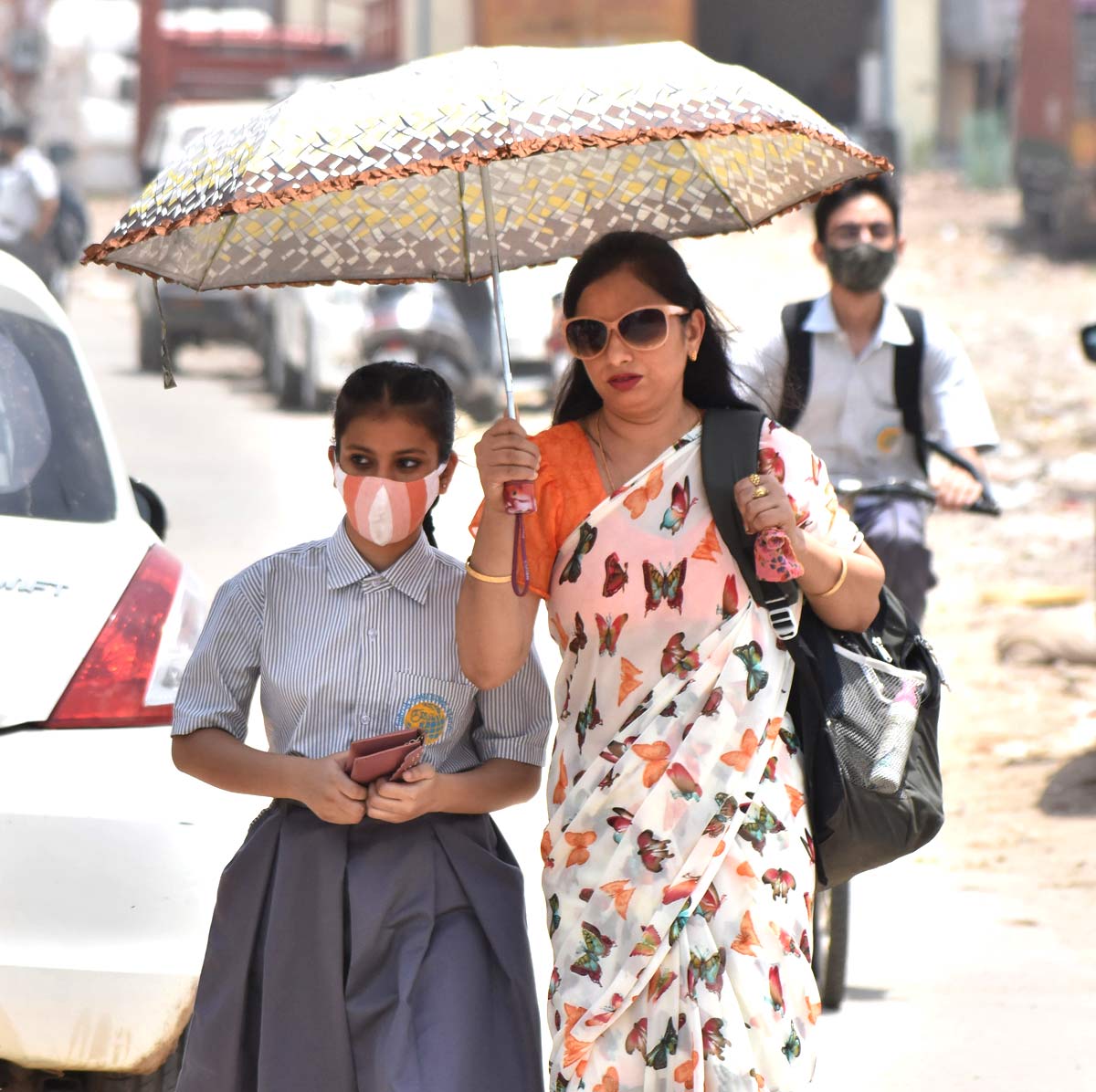 IMAGE: A mother and daughter use an umbrella to protect themselves from the sun in Gurugram. 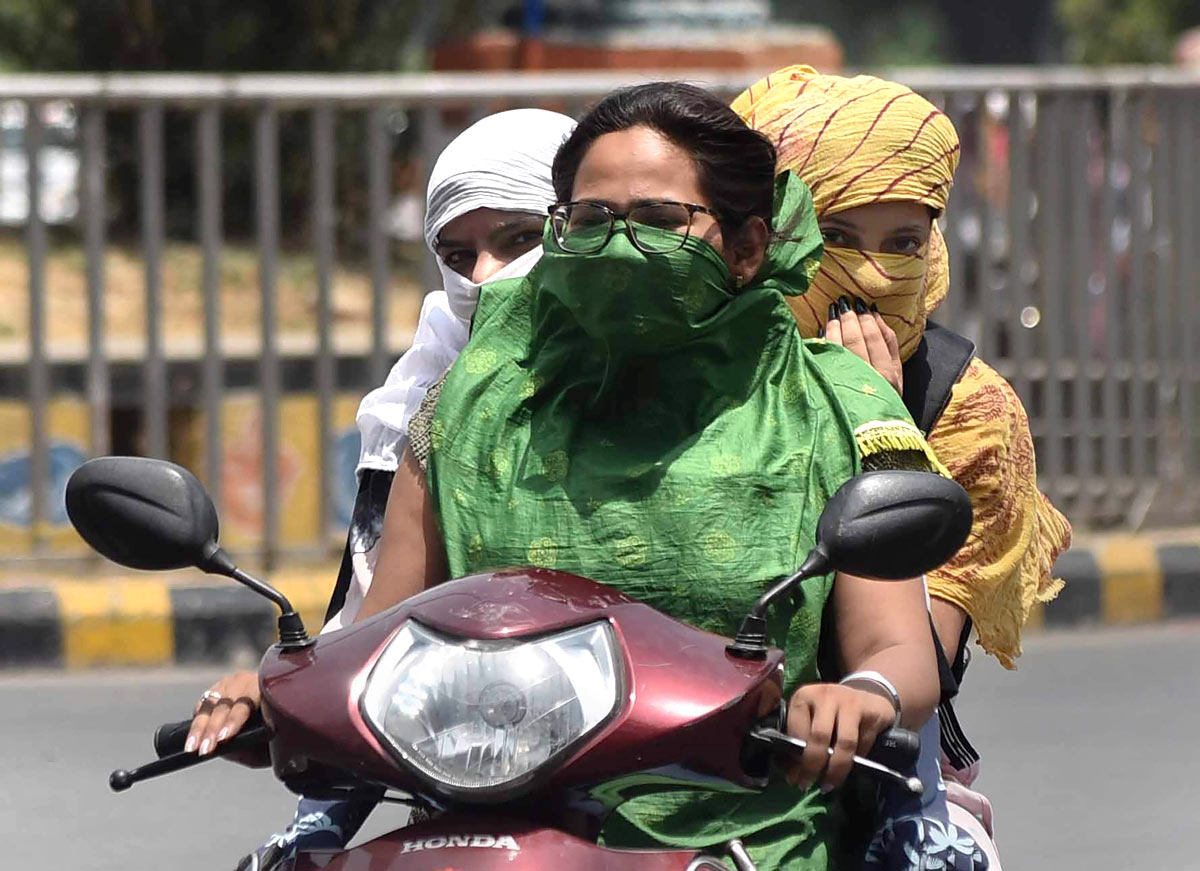 IMAGE: Commuters try to avoid the heat in Prayagraj. IMAGE: Tourists at Heritage Street near the Golden Temple in Amritsar. 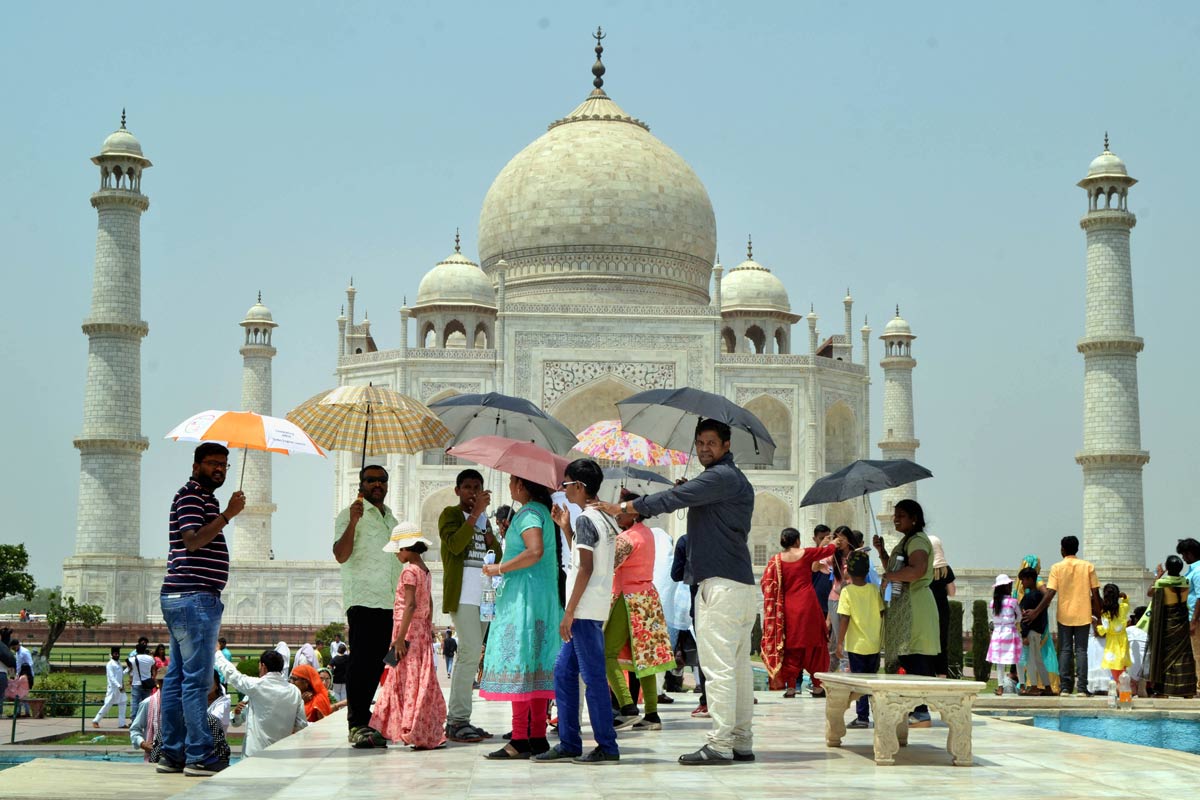 IMAGE: Umbrellas at the Taj Mahal. 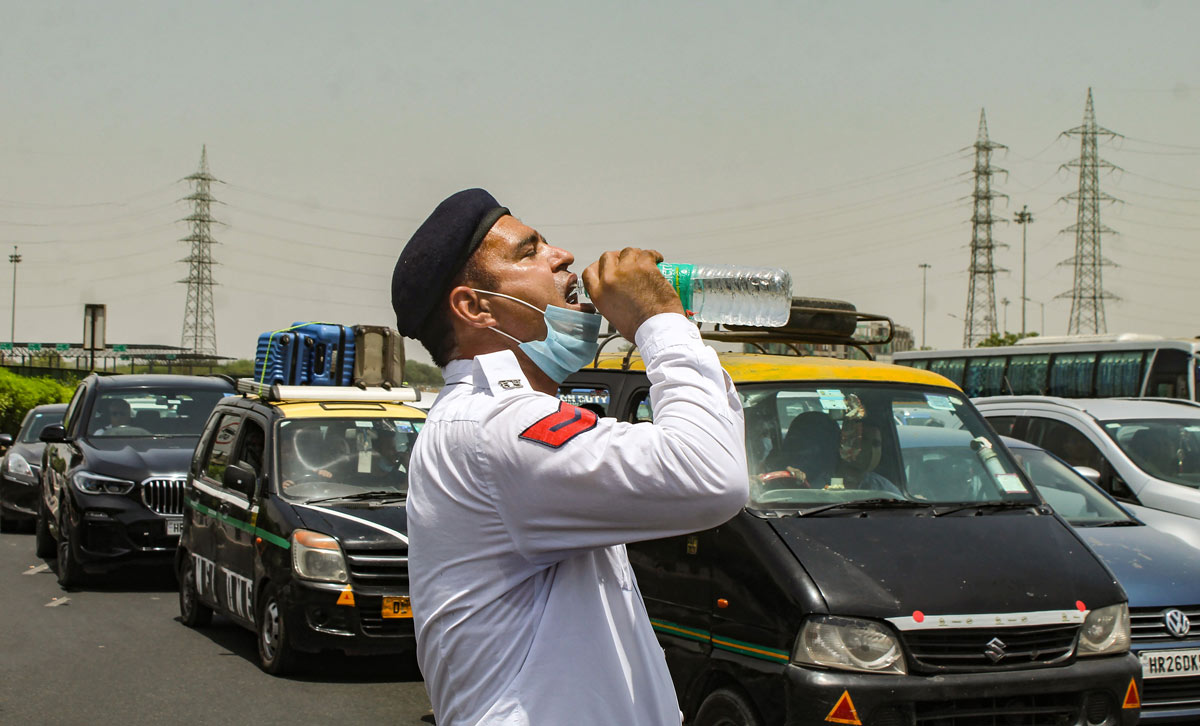 IMAGE: A traffic policeman quenches his thirst on the Delhi-Gurugram expressway. 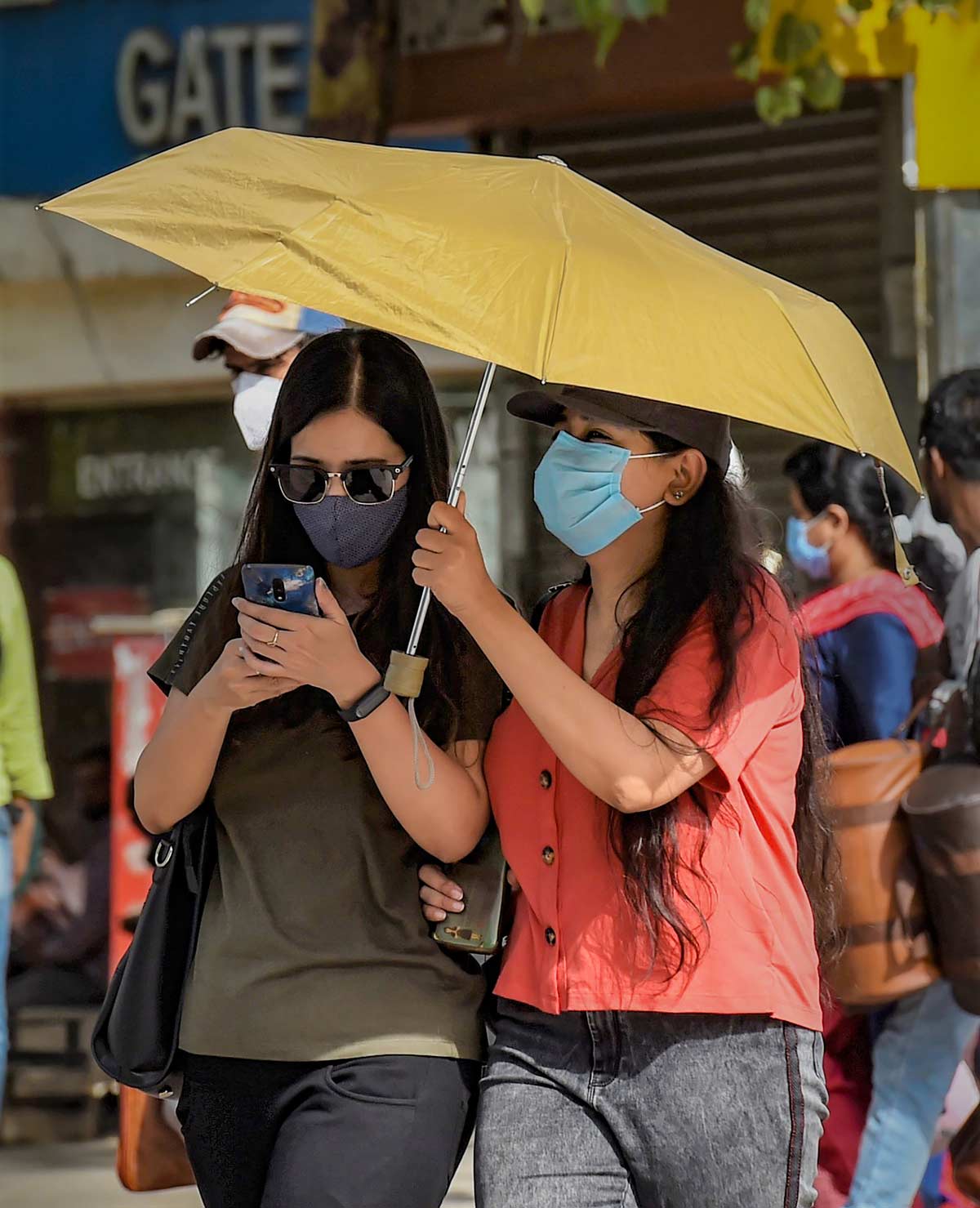 IMAGE: Can the umbrella shield these ladies from a scorcher sun in New Delhi? 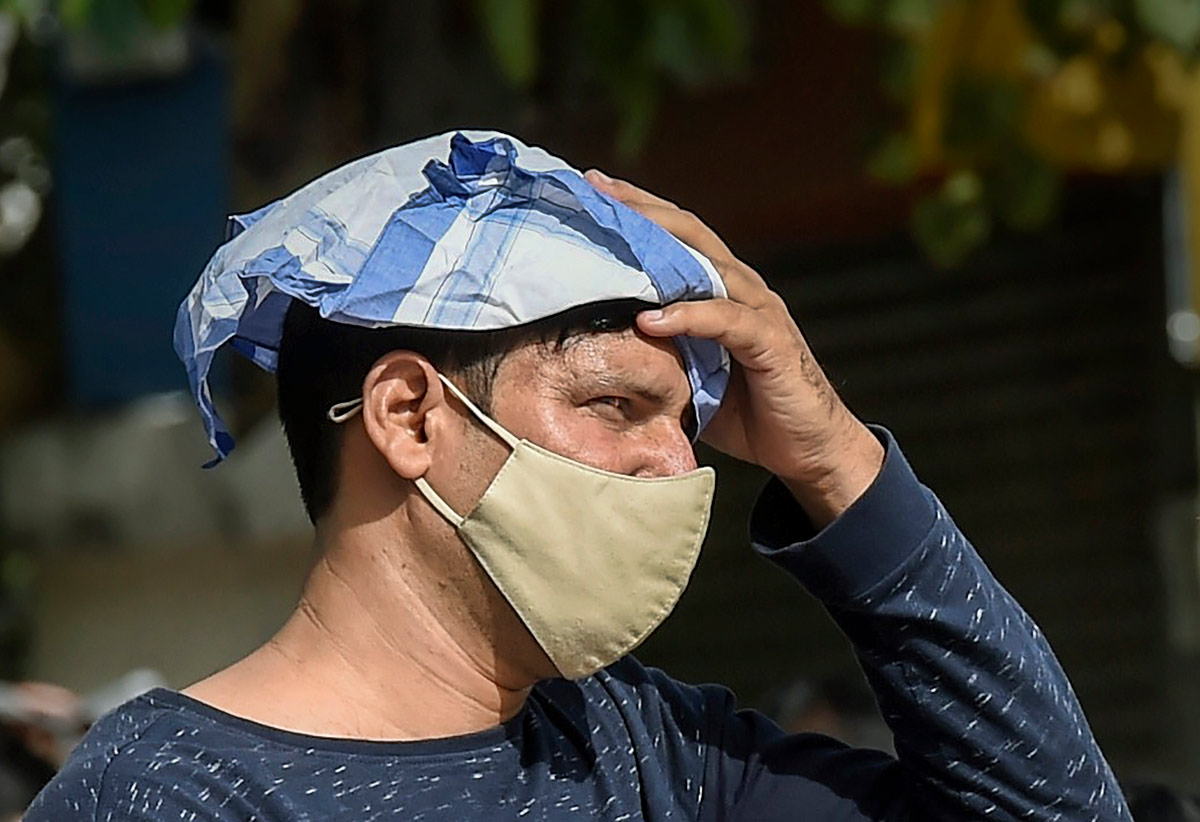 IMAGE: A handkerchief may not be enough protection against the relentless heat? 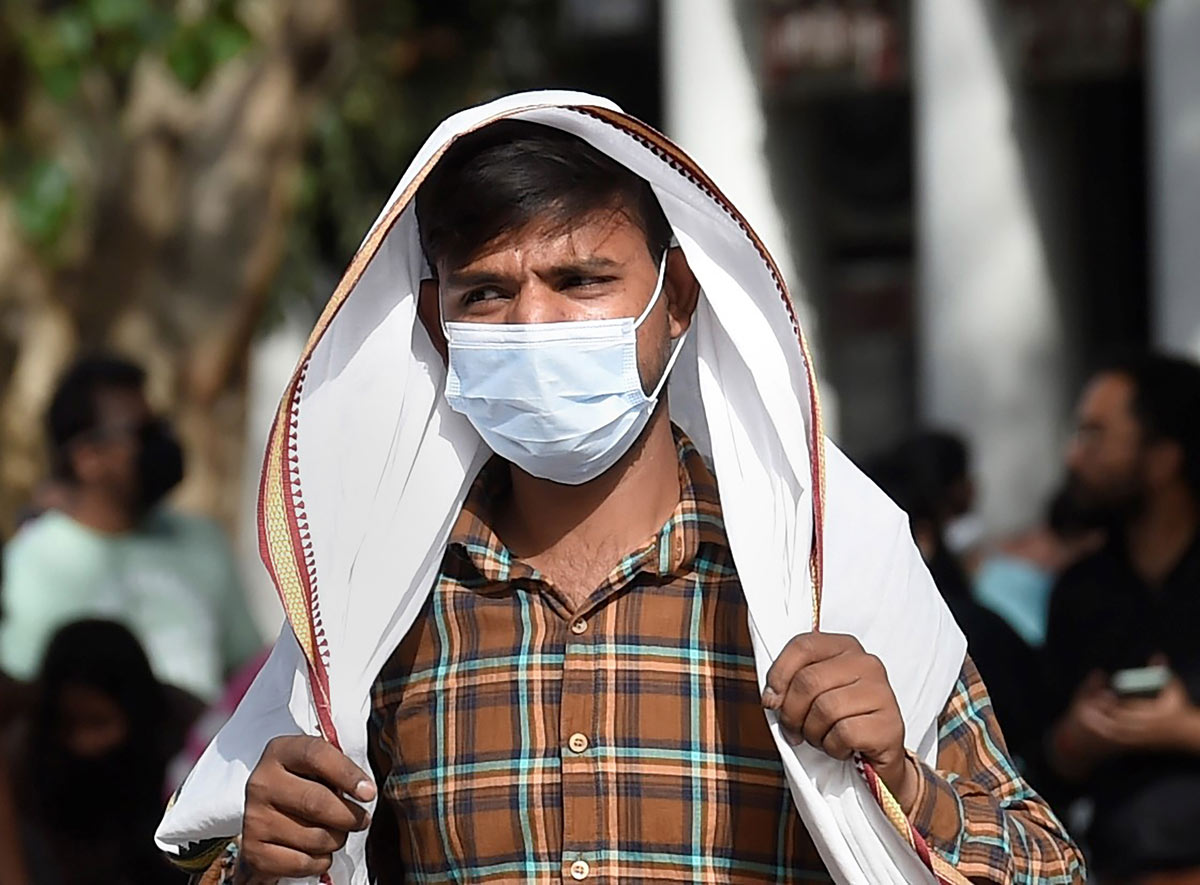 IMAGE: A scarf to thwart the sun in New Delhi. 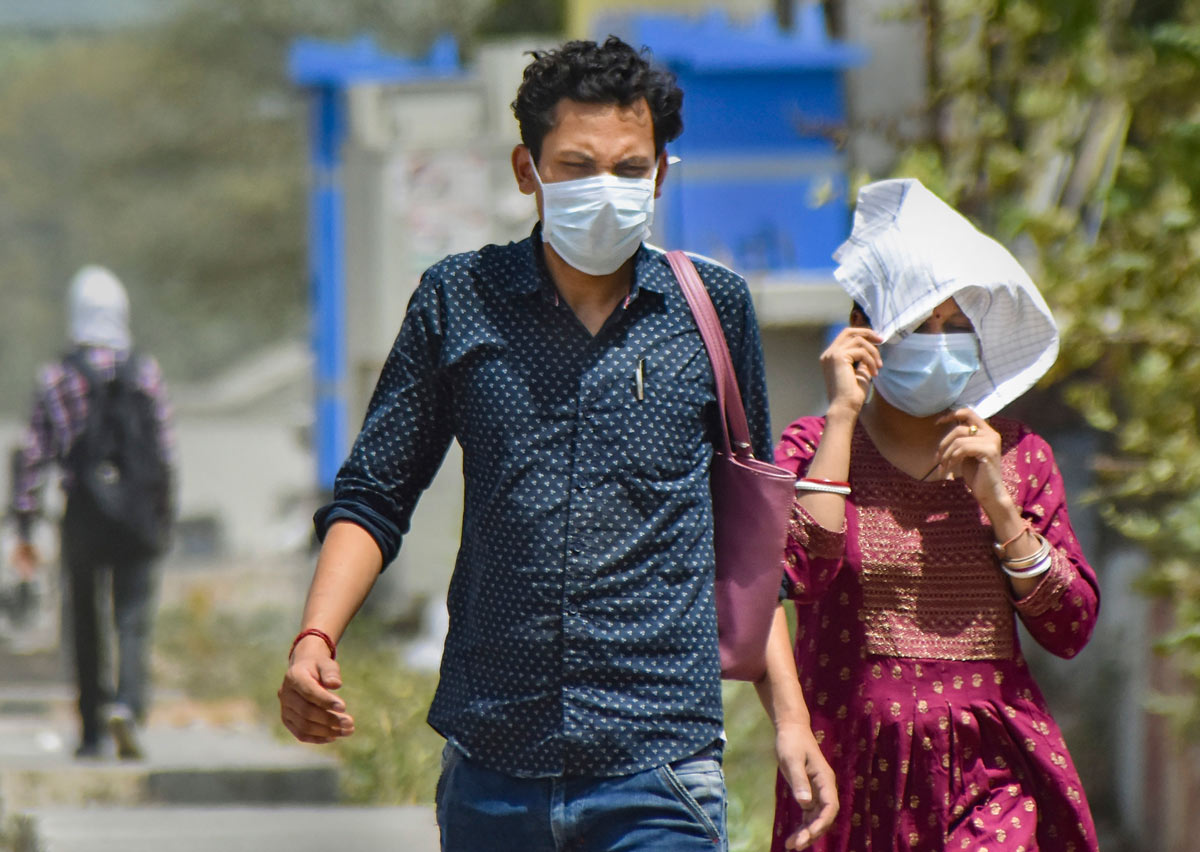 IMAGE: Temperatures hit a record high in Gurugram on Sunday. 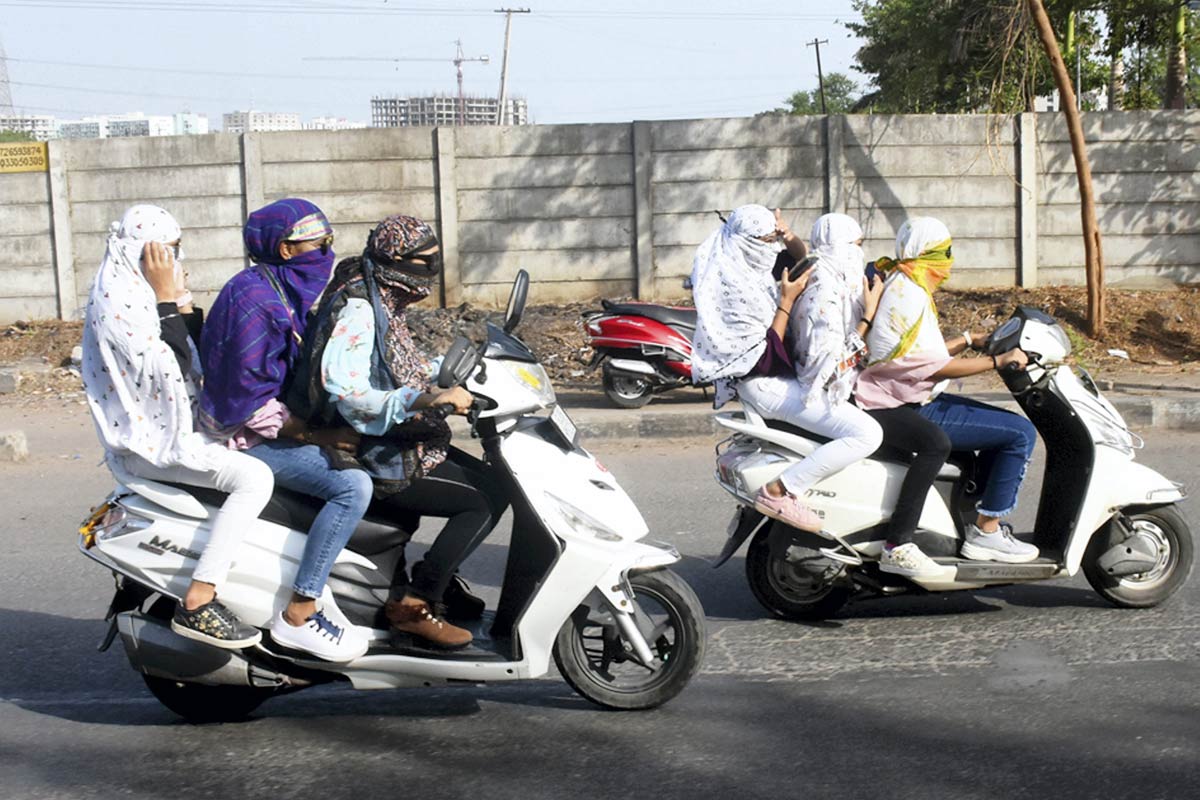 Dear Readers, do you have a photograph that best describes the summer?

Your photographs can be funny, heart-warming or quirky.

It could be a recent photograph or a blast from the past.

The photographs could be from anywhere across India or the world, but they have to be original.

Do mail your pictures to getahead@rediff.co.in (subject: Summer Pics) along with your NAME and the place where you LIVE. Do include a little information about where you clicked the photograph and what makes it special. 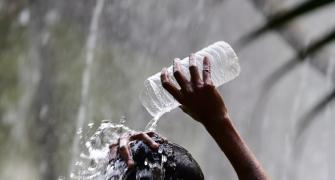 Temperature soars to 45 deg C in parts of Delhi 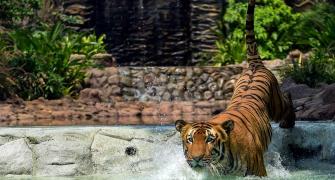 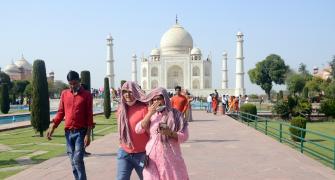 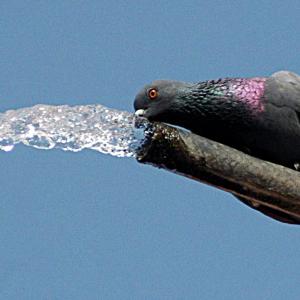 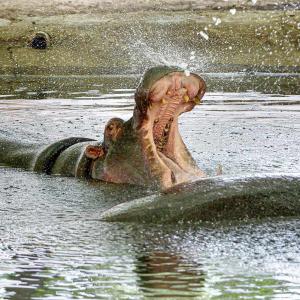