Eight people were killed as heavy rains lashed most parts of north India for yet another day on Sunday with Uttarakhand bearing the brunt of it as a record 48-hour downpour in the hill state threw normal life out of gear washing out several roads and affecting traffic.

Heavy rains which began to lash Dehradun on Friday morning submerged houses in various localities and left the streets waterlogged before ceasing today.

Several important roads were washed out in the 48 hours of rains which broke a 44-year-old record, official sources said.

Authorities have issued an alert to nearby border districts of Muzaffarnagar and Bijnor in Uttar Pradesh after the Ganga crossed the danger level in Haridwar yesterday inundating a large number of villages in the district and destroying crops.

However, officials in Dehradun said water levels in major rivers including the Ganga have started receding since the rains stopped.

Traffic to Chardham tourist circuit comprising Badrinath, Kedarnath, Gangotri and Yamunotri shrines was also affected due to landslides at a number of places, they said.

Heavy rains lashed Delhi for the second consecutive day bringing the mercury down but with thinner traffic on roads due to the weekend no traffic snarls were reported from anywhere in the national capital.

Rains poured heavily in parts of Rajasthan too with Chittorgarh receiving the maximum rainfall of 128 mm followed by Churu which got 69 mm of rains.

An evening downpour in Jaipur caused water-logging in several areas disrupting traffic. Heavy rains lashed a few places in Haryana and Punjab as well causing the mercury to drop by a few notches. 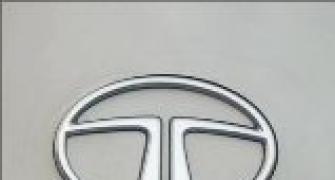