Headley should rot in an Indian jail: Rahul Bhatt

Aspiring actor and fitness trainer Rahul Bhatt, whose proximity to 26/11 conspirator David Headley brought him under the scanner of anti-terror agencies, feels the 35-year prison term for the Lashkar-e-Tayiba operative is ‘inappropriate’ and wants him to be tried in India and ‘rot’ in jail.

"The jail term of 35 years is inappropriate. Headley should be extradited to India and made to stand trial in Mumbai. He should be made to rot in an Indian jail," he said.

Pakistani-American Headley was on Thursday sentenced to 35 years in jail by a United States court for aiding and conspiring in a LeT plot to attack the country's financial capital on November 26, 2008. The terror strike left 166 dead, including foreigners, and many more injured.

Rahul, son of filmmaker Mahesh Bhatt, had forged a friendship with Headley, who had conducted a reconnaissance of various city landmarks as part of the 26/11 conspiracy, during the latter's visit to a gymnasium.

According to Headley's testimony, he was fond of Bhatt and wanted to recruit him as an Inter Services Intelligence agent. He had also warned Bhatt not to visit south Mumbai on November 26, the day when the Mumbai attacks were launched by ten Pakistani terrorists trained by the LeT.

"I knew him as an American David Coleman Headley -- who loved children, dogs, everything about India -- and not as Daood Gilani. Because of the dichotomy of his personality, I didn’t know his insidious side," he said.

Bhatt recalled how he had once called Headley an agent of the Central Intelligence Agency, which the LeT operative did not like.

"I once called him a CIA agent and he did not like it. I always had this hunch that he was associated with US intelligence agencies," he said.

Bhatt said it was necessary to try Headley in India as the trial in the US was ‘doctored’.

"He has to be tried in a sterile environment in India," he said.

He also criticised the US' reluctance to extradite Headley to India, saying, "I understand America and India have an extradition treaty. It is the hypocrisy of the Americans. On one hand, they say they want to cooperate with India in anti-terror operations and, on the other, they don't want to extradite him." 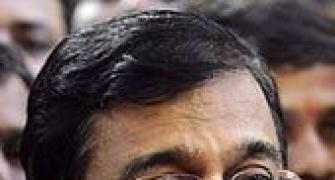 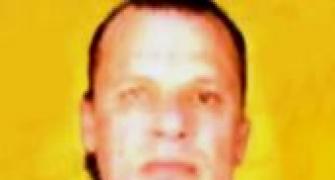 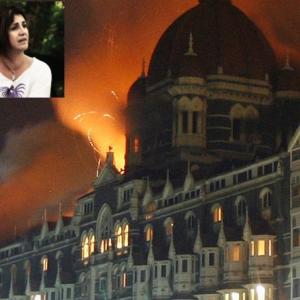