Terming the sentencing of Lashkar-e-Tayiba terrorist David Headley as a "positive example" of Indo-US counterterrorism cooperation, the United States defended the verdict, saying justice has been served as promised.

"We promised that justice would be served, that justice is being served in this case," State Department spokesperson, Victoria Nuland told reporters, when asked about India's reservations over the court ruling.

India has expressed disappointed over the 35-year jail term awarded to the Pakistani-American by Chicago court, arguing that given the nature of his crime longer sentence or death penalty was required.

"David Headley, a key conspirator in the Mumbai terrorist attacks, has been brought to justice in the United States. He will serve 35 years in prison for his role in these heinous acts that claimed the lives of 166 people, including six Americans," she said.

"The investigation and the prosecution of David Headley stems from the unprecedented and intense collaboration between the United States and Indian authorities in the counterterrorism sphere to bring all the people responsible for Mumbai to justice," Nuland said.

"Not only did he stand trial, face conviction, now have to serve 35 years. But in the context of this prosecution, Mr Headley provided information of substantial value in our efforts against terrorism, including testifying against co-conspirator Mr Rana, providing extensive detail about accused terrorist Kashmiri and his network, who was indicted in 2009, as you know, and as well as submitting to questions from Indian law enforcement and working with US investigators," she said.

"So from our perspective, justice was served, and this is a very positive example of US-Indian collaboration in the counterterrorism realm," Nuland said.

"He's been tried, convicted, and will serve in the United States," Nuland said when specifically asked about the Indian insistence of extradition of Headley. 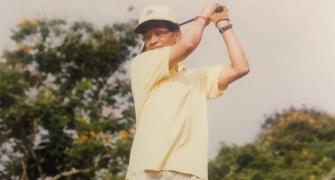