'Headley moved towards ISI after CIA dumped him' 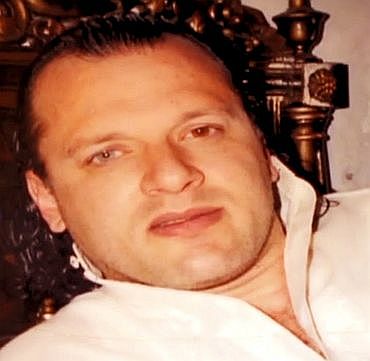 While India's National Investigation Agency continues to look for more information on Headley, the fact is that the information roll on the man has come to a stand still.

The question that India is trying to answer is whether Headley was serving both the CIA and the ISI simultaneously?

The NIA's version of this story is that Headley moved towards the ISI after being dumped by the CIA. He was always a rogue and enjoyed the high life, and hence, did all his work for money.

The ideology which he has been talking about is not entirely true, and even during the NIA interrogation of the man it was revealed that he was more into it for the money.

Headley started off by passing on information to the CIA regarding the happenings in both Pakistan and Afghanistan.

However, a couple of years later, the CIA decided to dump him, since they felt he was turning rogue and did not have his loyalties in one place.

He got in contact with the drug lords in Afghanistan and started working closely with them. At this point the CIA did not find him to be of utility and dropped him.

But what Headley had possessed was a set of skills which attracted the ISI who were watching him all through. Earlier he always managed to get away as he had the CIA tag with him, and even the ISI was afraid to act against him. However, once he was dumped by the CIA, the ISI was quick to swoop in and utilise his services.

The ISI sought the help of Sajid Mir to rope in Headley into their fold. Mir was considered to be a specialist at roping in foreign agents and hence he was assigned the task of speaking with Headley.

Headley's role in the ISI did not commence immediately with big assignments. They tested him and continued to seek information about the US for which he was paid money.

He continued to be an informant. However the ISI was cautious and kept a tab on him as they did not want him to turn rogue. They brainwashed him and made him believe that he was doing this for the community.

This probably was the turning point for Headley and he decided to become a loyal soldier of both the ISI and the Lashkar-e-Tayiba.

By this time he had gone completely out of the CIA radar. He was never perceived as a threat to the US. The ISI was however cautious while dealing with Headley and had specifically told him not to rub the US agencies on the wrong side.

They were aware that holding an American citizenship and also a passport from the same country gave him a great deal of immunity which helped in his travel to India. Investigators say that the US knew about the existence of this man, but did not perceive him as a big threat.

What the US was unaware of was the ideological turn that Headley had taken by that time. They never expected him to become a loyal servant and always believed that he would do anything for money.

Headley interacted a lot during these days with the likes of Mir and also Harkat-ul-Jihadi Islami leader Ilyas Kashmiri. His lust for money had gradually reduced a great deal and he began speaking about the need of being a devout Muslim and attacking enemy nations, particularly India.

Even during the questioning by the NIA, he showed utter contempt towards India. He had also gone on to say that he had no problems with the Indians but thanks to incidents such as the 1992 Babri Masjid demolition or the 2002 Godhra carnage, he had begun to hate the system as a result of which he agreed to help Pakistan carry out the 26/11 attacks in Mumbai.

After severing his ties with the US in late 2004, he went completely out of the radar and all those who had dealt with him in the past thought he had become history. None of them even realised what threat this man posed and the kind of skills he had to lead a massive attack, such as 26/11, which claimed over 150 lives.

Sources in the Indian investigating team say that today getting him for another round of questioning is next to an impossible task.

"The extent of information that we have managed to get out of him ends here and it looks like a distant possibility whether we would be able to question him once again. We have been depending on questioning (Pakistani Canadian terror accused) Tahawwur Rana, but that it likely to take a lot of time as the matter is still pending before the court," the source said.

"There are a couple of unanswered questions such as the use of local help and the people Headley met in India and these answers could possibly be given by Tahawwur Rana," he added. 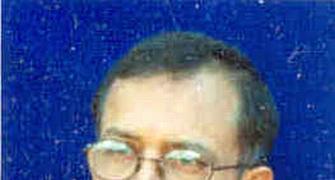 Sajid Mir remains a mystery even 3 years after 26/11