The Bombay high court on Wednesday raised security concerns over the swearing-in ceremony of Shiv Sena president Uddhav Thackeray as chief minister at Shivaji Park in Mumbai’s Dadar area, and said holding such functions at a public ground should not become a regular feature. 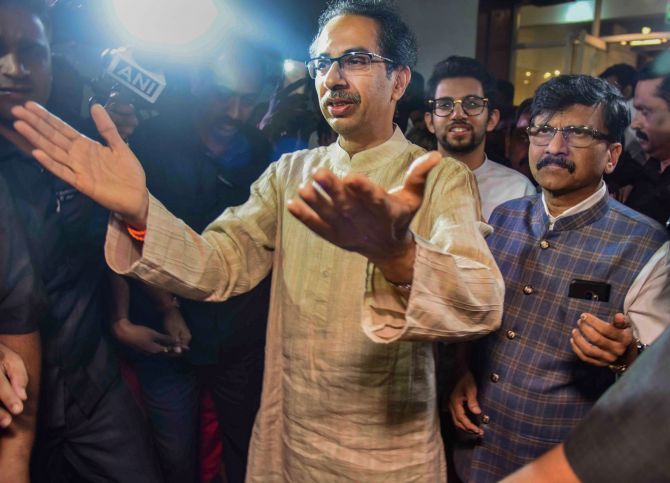 Henceforth, everyone will want to use the ground for such ceremonies, a division bench of Justices S C Dharmadhikari and R I Chagla said while making it clear thatthe court is not saying anything about the oath-taking event.

Thackeray will be sworn in as chief minister of Maharashtra at the Shivaji Park in Dadar in central Mumbai on Thursday evening.

"We do not want to say anything about tomorrow's ceremony... we are only praying that nothing untoward happens," the court said while hearing a plea of NGO Wecom Trust on whether the Shivaji Park was a playground or a recreation ground.

"What will happen is that this (holding ceremonies) will become a regular feature and everyone will want to use the ground for such ceremonies," Justice Dharmadhikari said.

The court also raised concerns over the security aspect, saying lakhs of people will gather for the ceremony, scheduled for 6:40 pm on Thursday.

"You (authorities) have to also consider security aspect. You cannot put everybody's lives at risk," the court said.

"To prepare for the swearing-in ceremony to be held tomorrow, materials like chairs and bamboos to erect pandals will be brought in trucks this (Wednesday) evening. This means the park (ground) will not be available both today (Wednesday) and tomorrow (Thursday) for the public use," the court said.

The high court had in 2010 declared the area as a 'silence zone' after the PIL was filed by the NGO.

The court had then said that programmes can be held at the Shivaji Park only on December 6 (death anniversary of B R Ambedkar), May 1 (Maharashtra Foundation Day) and on January 26 (Republic Day).

However, the state government and the Mumbai civic body later carved out 45-days in a year to permit non-sporting activities in the ground.

The bench posted the petition for further hearing on December 12 and sought response from the Brihanmumbai Municipal Corporation and the state government on its policies on allowing non-sporting activities at the Shivaji Park. 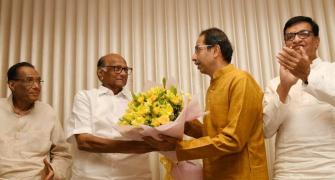 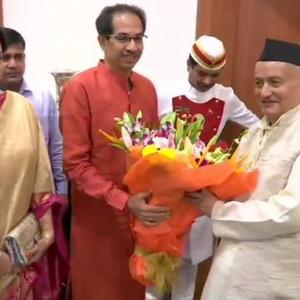