Justice Krishnan Ramaswamy of the Madras high court on Thursday took strong exception to ousted All India Anna Dravida Munnetra Kazhagam leader O Panneerselvam and his advocates approaching the Chief Justice of the HC on August 3, seeking transfer of their case pertaining to the party's July 11 general council meeting to some other judge. 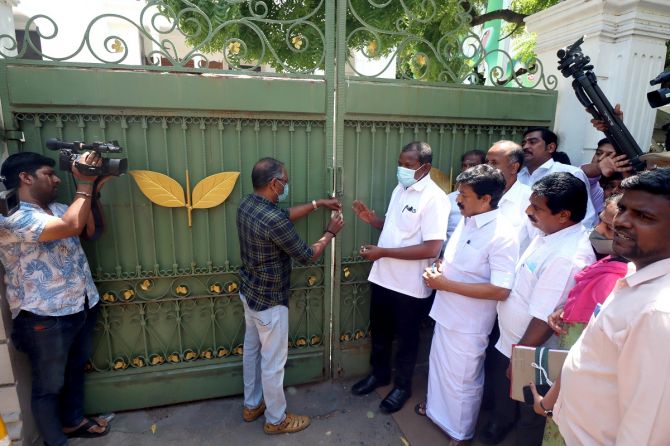 When the matter came up today, Justice Ramaswamy strongly condemned the action of the lawyers and remarked it was a very cheap practice, scandalising the judiciary.

It also amounted to undermining its authority. If this type of practice was allowed then every other client and lawyer would demand transfer of their cases from one judge to another, he said.

When the advocates for OPS, as Panneerselvam is known, stated their client was aggrieved over certain observations made by the judge against him in the July 11 order, the judge said the leader had only proved those observations true by his present conduct.

If he was aggrieved, he could very well move the appellate forum, but not resort to such a cheap practice, he added.

Vijay Narayan, the senior advocate representing party interim general secretary K Palaniswami, tried to pacify the judge by saying that he may ignore the action of some young and over-enthusiastic lawyers in approaching the CJ yesterday.

The judge adjourned the matter by a day.

Rebuked, OPS advocates met the CJ again in the evening and lodged a complaint against Justice Krishnan Ramaswamy.

While passing interim orders on the civil suit from OPS, the then co-ordinator of the AIADMK, Justice Ramaswamy on July 11 had rejected his plea to stay the conduct of the party's general council meeting scheduled for July 11 by the other faction, headed by former joint co-ordinator and incumbent party chief Palaniswami.

That meeting of the party's highest decision-making body, the GC, had expelled OPS and some of his supporters from the party while it chose Palaniswami to the present post. 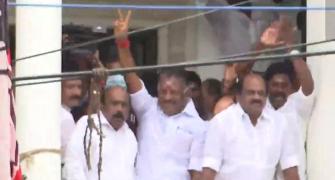 Left out in the cold, OPS takes over AIADMK hq 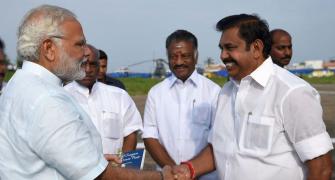 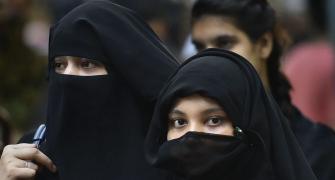 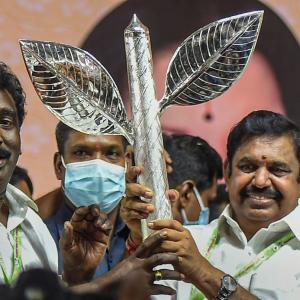 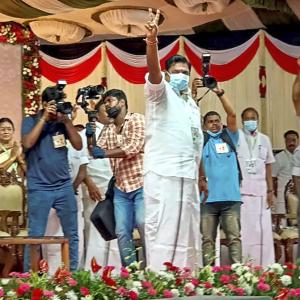