Coming out in support of Arvind Kejriwal on his allegations against Robert Vadra, Anna Hazare on Saturday asked why Congress fears a judicial probe in the matter if they are sure that the charges are false.

"Many Congress leaders say that these allegations are only because of electoral compulsions and are baseless. We say that if the allegations are untrue, then why don't they order a judicial probe into it? And now if it is false, file a defamation case against Arvind. Truth will be out," he said.

Hazare's remarks came against the backdrop of Kejriwal levelling allegations on Friday that Vadra had bought property worth crores of rupees with an "unsecured interest free loan" of Rs 65 crore given by realty major DLF.

He said when they raised allegations against 15 "corrupt" ministers earlier, the government noted that there was no case in them. "Now, two of the ministers are out. The coal scam is out. Whole country has seen it," he said. 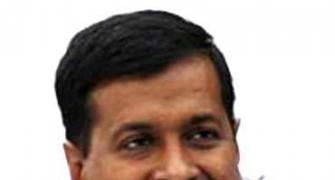