Popular Indian-origin comic Hasan Minhaj was reportedly not allowed to enter the venue where the 'Howdy Modi' event took place. 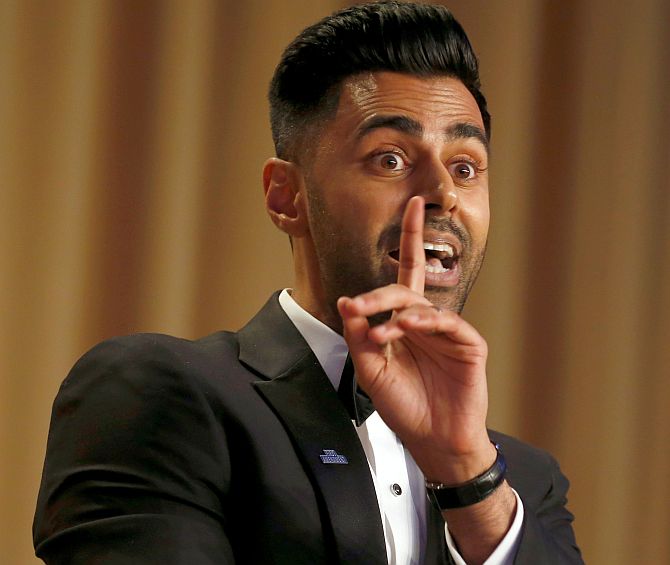 IMAGE: Hasan Minhaj, the popular Indian-origin comic, who hosts 'Patriot Act' was in a video seen talking to a media coordinator of the Modi event during which the comic said that he was denied entry due to his jokes. Photograph: Jonathan Ernst/Reuters

About 50,000 people of the Indian-American community attended the event at the NRG Stadium in Houston on Sunday that was jointly addressed by Prime Minister Narendra Modi and US President Donald Trump.

A video is doing the rounds on social media, in which the "Patriot Act" star is seen talking to a media coordinator from the press registration desk outside the venue on phone.

In the call, which was on loudspeaker, Minhaj was enquiring the organiser about his credentials for the event.

"We're just trying to get our credentials," the comedian said.

"There are no credentials," the coordinator replied.

"But our credentials are right here," Minhaj said.

He then asked, "But you told me we were denied because of the jokes".

To this, the person on the phone replied, "No, I didn't say you were denied because of the jokes."

Minhaj said, "But some people were not happy."

The coordinator said, "Yeah, some people were not happy, but that doesn't matter to me much. The reason I can't get you in is due to the lack of space for broadcast crews."

The comic and political commentator, who is proactive on social media, is yet to respond to the reports or clarify whether he and the crew managed to enter the venue.

The last Twitter activity on his account saw his picture in which he could be seen standing in front of the venue.

He faced a lot of heat on social media for his episodes on Indian elections and the clampdown in Kashmir after the abrogation of Article 370 ahead Indian Independence Day. 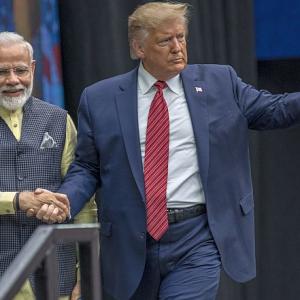