On its 250th birthday, the Survey of India will send 30 mountaineers, armed with the most modern equipment, to measure the height of Mount Everest.
Pallava Bagla reports. 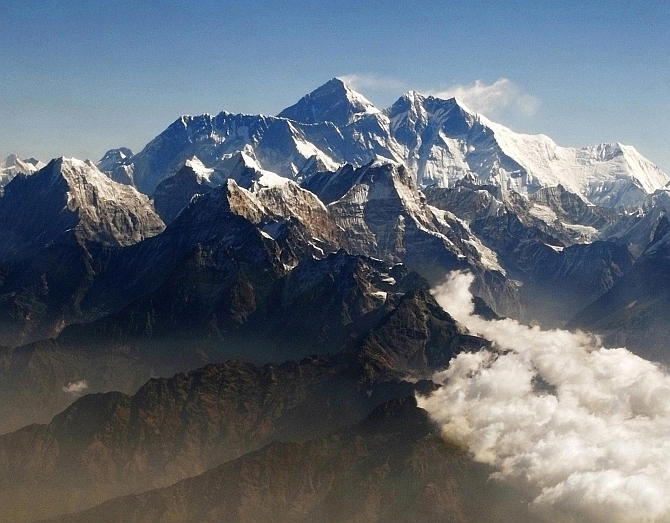 India's oldest scientific organisation, the Survey of India, was set up in 1767, 10 years before the world's oldest democracy, the United States, was even born!

Working silently, hidden from public discourse for so long, the agency now wants to be heard, become transparent and even seeks to climb Mount Everest to assert its newfound independence.

The Survey of India, now headquartered in Dehradun, has done a great, silent service in the last 250 years by being the official map-maker for India and keeping records of the exact international borders of the country.

On its 250th birthday, Swarna Subba Rao, the Surveyor General of India, proclaimed last week at the Geospatial World Forum in Hyderabad, "For 250 years, the Survey of India has been silent. Now we should speak openly to the people."

Encouraging words from an agency that most line departments usually despise since in these last 250 years, the SOI has kept quality geographical information hidden from Indian citizens, hiding most maps behind firewalls thanks to military restrictions, sometimes for the right reasons but the advent of the Internet and products like Google Maps and Indian Space Research Organisation's Bhuwan have made some of these restrictions totally anachronistic.

This year for the first time, the national mapping agency of India is embracing the Internet in a big way and, very soon, all the 4,800 quality maps called 'topographical sheets' of the open series domain will be made available for free download using the Aadhaar number.

This will encourage citizens' participation through crowd sourcing in enhancing the value of its products, Rao says.

Till now a cumbersome paper trail was the only way to procure these maps and most of the data, especially pertaining to the border regions and coastal zones, was all out of bounds.

This newfound trust in digital India and transparency was initiated by Science and Technology Minister Harsh Vardhan when he visited the SOI on July 13, 2016.

It may come as a surprise to most of us that the true height of Mount Everest was actually accurately estimated by the SOI way back in 1855 and since then, the height 8,848 metres has remained the gold standard for what was then called Peak XV.

It was our SOI which got it officially recognised as Mount Everest in 1865 to honour its worthy officer George Everest.

But it was an Indian, Radhanath Sikdar, who found the true height of the highest peak in the world in 1855, no wonder this illustrious surveyor's official designation was 'chief computer.'

Ahem, so can we also credit the Survey of India for coining the phrase ' computer'?

No doubt, Sikdar was a human computer who achieved the impossible feat of measuring the exact height of Mount Everest with visual and mechanical devices.

Incidentally the first electronic computer made it into civilisation only in 1936.

To complete the history, the first humans ascended Mount Everest only in 1953, almost a century after Sikdar, the human 'computer' gave its true height.

For the last 162 years, the world has believed that the height of Mount Everest is 8,848 metres above mean sea level.

But now there are rumblings in the scientific community that the height of Mount Everest may have changed for two reasons every year as the Himalayas rise by 5 mm every year.

This means the mountain would have risen by about one metre in the last 162 years, as a consequence of a geological quirk which makes the Indian plate go under the Asian plate and which keeps the Himalayas growing every year.

In addition, Rao says many people have raised doubts that the massive 7.8 magnitude earthquake that struck Nepal in 2015 may have caused some widespread upheavals in the region.

So, on the SOI's 250th birthday, Rao seeks to send an Indo-Nepali mountaineering expedition to re-calibrate the exact height of Mount Everest.

A 30 member team of mountaineers, with the most modern surveying equipment including digital global positioning system devices, will come up with the correct estimate of the height of Mount Everest.

A sum of Rs 5 crore (Rs 50 million) has been allocated and hopefully within this year the expedition will reach the summit.

One of the reasons of re-visiting Mount Everest on the SOI's birthday, Rao says, is to try and figure out the exact difference between heights estimated through satellites and through actual ground truthing.

The SOI Mount Everest expedition will also make assessments of the changes in gravity one encounters as one ascends the mountain and simultaneously visual measurements will be made from several far off locations.

After 250 years, Rao says India's official map maker is opening its doors to understand a new India where maps and smartphones have today converged to make citizens more empowered and in this race to embrace a digital India, the map maker wants to reassert its supremacy by becoming less secretive and give up its image of being a dinosaur. 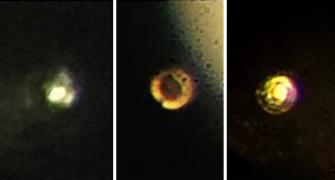