At the time of ticket distribution, the top BJP leadership preferred the turncoats over its loyal workers. Several turncoats and rebels dented the ruling Bharatiya Janata Party's chances of getting a clear majority in Haryana as results of the assembly polls were declared on Thursday.

Weeks ahead of the October 21 polls, several leaders, mostly sitting MLAs of the Indian National Lok Dal had joined the BJP.

And at the time of ticket distribution, the top BJP leadership preferred the turncoats over its loyal workers.

As a result, several miffed workers rebelled and entered the fray as independents which dented the traditional vote bank of the BJP and helped opposition parties like the Jannayak Janata Party and the Congress immensely.

The BJP denied tickets to 12 of its sitting legislators.

On the Rewari seat, sitting BJP MLA Randhir Kapri fought as an independent, however, neither he nor the BJP candidate -- Sunil Musepur could win the seat and it went into the kitty of the Congress.

Among other rebels, Sombir, who had unsuccessfully fought the 2014 polls as a BJP candidate, contested as an independent from Dadri and won. The BJP had fielded wrestler-turned-politician Babita Phogat from the seat.

Adding to the woes of the BJP, many of the turncoats received a major drubbing on several seats.

While Dhull lost to Amarjit Dhanda of the JJP by a margin of 24,193 votes, Arya was defeated by Congress' Subhash Gangoli.

Similarly, Zakir Hussain and Naseem Ahmed, who had quit the INLD to join the BJP, lost from Nuh and Firozpur Jhirka respectively. Both the seats were won by the Congress.

On the Kalanwali seat, Balkaur Singh, a former Shiromani Akali Dal leader who quit the party to join the BJP lost. He finished third, behind the winning Congress candidate and the runner-up SAD candidate.

However, some turncoats who had joined the BJP did manage to win.

Ram Kumar Kashyap from Indri, Vinod Bhayana from Hansi and Ranbir Gangwa from Nalwa won on a BJP ticket. The trio had switched over from the INLD camp.

Rebel Congress leaders-- Chitra Sarwara and her father Nirmal Singh were in the fray from Ambala Cantt and Ambala City respectively, but lost. 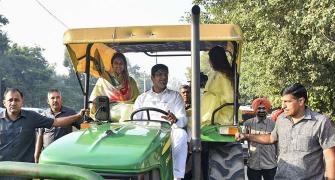 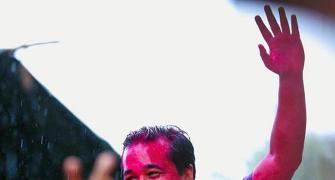 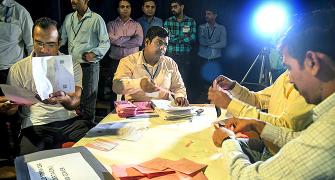 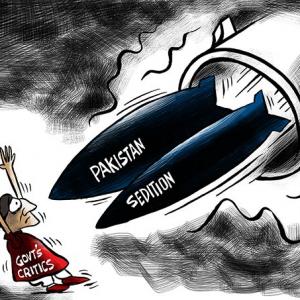