The SAD is the Bharatiya Janata Party's oldest ally and has stood by the saffron party through thick and thin, and the development highlights the frayed ties between the two parties over the agriculture reforms being pursued by the Union government through these proposed legislations. 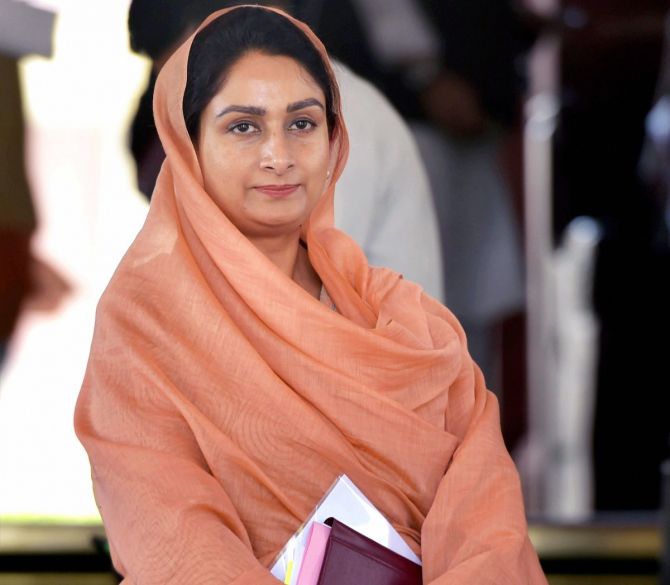 IMAGE: Asserting that every member of her party is a farmer, Harsimrat said the SAD is merely continuing its age old tradition of being a champion of farmers' interests. Photograph: Manvender Vashist/PTI Photo

In a setback to the Narendra Modi government, Shiromani Akali Dal member Harsimrat Kaur Badal on Thursday resigned from the Union Cabinet in protest against three farm sectors bills.

"I have resigned from the Union Cabinet in protest against anti-farmer ordinances and legislation. Proud to stand with farmers as their daughter and sister," she tweeted, barely hours before the bills were passed by Lok Sabha.

Her resignation came soon after her husband and SAD president Sukhbir Singh Badal strongly opposed the bills in Lok Sabha, claiming that they will "destroy" the agriculture sector in Punjab, and announced that the Union minister will quit the government in protest.

In her four-page resignation letter to Prime Minister Narendra Modi, Kaur said despite her persistent pleas and repeated efforts from her party, the Central government has not taken farmers on board regarding these bills.

Asserting that every member of her party is a farmer, she said the SAD is merely continuing its age old tradition of being a champion of farmers' interests.

It could not be immediately ascertained if the Prime Minister has accepted her resignation.

The SAD is the Bharatiya Janata Party's oldest ally and has stood by the saffron party through thick and thin, and the development highlights the frayed ties between the two parties over the agriculture reforms being pursued by the Union government through these proposed legislations.

Large scale protests from farmers in Punjab against these measures have put the regional party, which draws its support majorly from peasants, under pressure, culminating in the resignation of its only representative in the government.

In his speech during a discussion on two of the farm bills -- the Farmers Produce Trade and Commerce (Promotion and Facilitation) Bill and the Farmers (Empowerment and Protection) Agreement on Price Assurance and Farm Services Bill, Sukhbir Singh Badal said the proposed laws will "destroy" the 50 years of hard work put in by successive Punjab governments and farmers to build the agriculture sector.

He recalled Punjab's massive contribution in making India self-sufficient in food grain production as he vehemently opposed the bills.

"I want to make an announcement that our Minister Harsimrat Kaur Badal will resign from Cabinet," he said in concluding remarks.

The SAD chief also refuted suggestions that his party initially supported three ordinances, which these bills seek to replace, and asserted that Harsimrat Kaur Badal had expressed her concerns in the Cabinet meeting and also wrote to Agriculture Minister Narendra Singh Tomar, highlighting "flaws" in the proposed legislations.

Hitting out at the Congress, which has sought to corner the SAD over these bills, he accused the party of "double speak" on the issue and noted that the abolition of the APMC Act was part of its manifesto in both the 2019 Lok Sabha election and the 2017 Assembly polls in Punjab.

The SAD president said the three bills, including the Essential Commodities (Amendment) Bill, which has been passed by Lok Sabha, are going to affect 20 lakh farmers and 15-20 lakh farm labourers in Punjab alone.

These bills seek to replace ordinances already issued by the government.

Earlier during the discussion, Ravneet Singh 'Bittu' of the Congress, who is from Punjab, took a swipe at the SAD, demanding proof that Harsimrat Kaur Badal, the Cabinet Minister of Food Processing Industries, had opposed the three farm sector ordinances.

He said if she does not resign to protest the bills, Badals would find it difficult to return to Punjab.

Reacting to Kaur's resignation, Punjab chief minister Amrinder Singh tweeted "Harsimrat Kaur's decision to quit Union Cabinet is another in the long chain of theatrics being enacted by Akali Dal which has still not quit ruling coalition. It's motivated not by any concern for farmers but to save their own dwindling political fortunes. Too little too late."

The government has presented these bills as pro-farmers, with Tomar underscoring its "commitment" to the welfare of farmers.

These bills will ensure that farmers get better prices for their producem and they will not be subjected to the regulations of 'mandis', he said in Lok Sabha, adding that they will be free to sell their produce to anyone.

These bills will increase competition and promote private investment which will help in development of farm infrastructure and generate employment, Tomar said.

Opposition parties, including the Congress, have slammed the bills as "anti-farmers", claiming that the agriculture sector will be left to the fate of corporate interests.

Some Congress leaders also burnt copies of the bills in the parliament complex to protest against these measures, which they claimed will severely hit small and marginal farmers, they have said.

After the discussion, both bills were passed by Lok Sabha with voice vote and will now be tabled in Rajya Sabha.

After the passage of the farm bills, Badal told reporters that his party will decide on the future course of action, and whether to stay in the ruling NDA in a party meeting later. 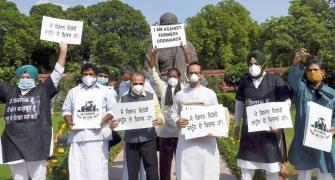 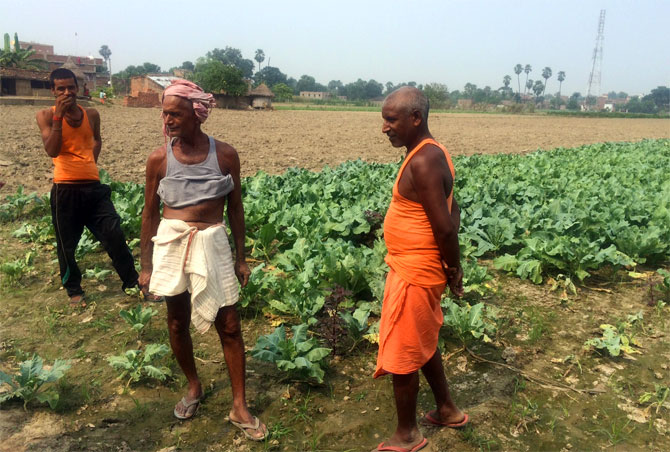