Patidar leader Hardik Patel was on Friday shifted to a hospital after his health deteriorated on the 14th day of his indefinite fast in Ahmedabad, a Patidar Ananmat Andolan Samiti functionary said. According to PAAS spokesperson Manoj Panara, Hardik agreed to be shifted to Sola Civil Hospital after his supporters requested him to do so in view of his failing health.

Following the end of a 24-hour ultimatum by the PAAS to the Gujarat government to begin talks with the protesting leader, Hardik had Thursday evening stopped intake of water, he said.

"Hardik's agitation will continue. But, since his health has deteriorated due to the 14-day fast, we requested him to get hospitalised," Panara told reporters at the fast venue near the city.

Hospital authorities said Hardik was in the ICU and a team of doctors was treating him.

He was shifted to the hospital shortly after senior Patidar community leader and president of Khodaldham Trust, Naresh Patel, met and advised him to call off the strike or take medical treatment.

"Hardik has not taken water since the last 18 hours. I told Hardik that everyone is worried about his health and that he should call off the hunger strike as soon as possible. He told me that he will inform me soon about his decision to call off the fast," said Naresh Patel.

During the meeting, Hardik asked Naresh Patel to mediate with the Gujarat government and hold talks on three of the former's demands.

"Hardik asked me to be a mediator. As per his wish, representatives of Khodaldham, along with of another Patidar body Umiya Dham Sansthan, will try to talk with the government to break the deadlock. Our priority is to see that Hardik's health does not deteriorate," Naresh Patel said.

"If needed, we will pressure the government to accept Hardik's demands. Though the issue of reservation may take longer, we hope that the state government shows a positive attitude towards the two other demands," he said.

Hardik went on the indefinite fast on August 25 demanding reservations in government jobs and education for the Patidar community and waiver of farm loans.

Later, he added another demand that his close aide Alpesh Kathiria, who was recently arrested in a 2015 sedition case by the city Crime Branch, be released.

The government had, in the last 14 days, not made any attempt to negotiate with Hardik, his supporters claimed.

However, Gujarat Energy Minister Saurabh Patel said that "doors are open" for anyone who wanted to talk to the government.

The state's Congress leaders, in a show of support for Hardik, Friday observed a 24-hour fast.

Chavda, speaking to reporters, questioned why no one from the state government had met Hardik despite the latter observing a fast for the past 14 days.

Hitting out at the BJP-led government, Chavda said, "It is matter of shame for this government that someone has to sit on a fast for the welfare of his community as well as farmers."

Dhanani called Hardik's demand for a farm loan waiver legitimate and claimed that Gujarat farmers were reeling under debts as they were not getting the right prices for their produce.

"In such a scenario, the government must waive loans of farmers. Even the past UPA government had waived farm loans worth Rs 71,000 crore" Dhanani said. 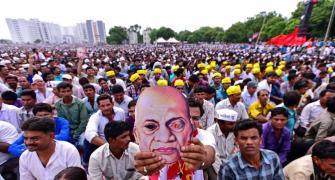 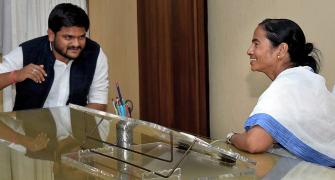 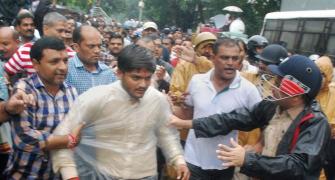 Hardik Patel: They may have me killed 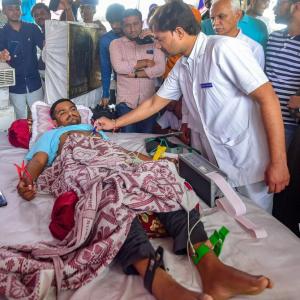 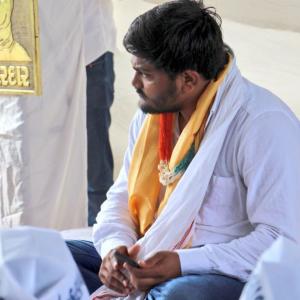