Jamaat-ud Dawa chief Hafiz Mohammad Saeed, the 2008 Mumbai attacks mastermind and for whom the United States has offered a bounty of $10 million, on Tuesday said his organisation was ready to help Americans affected by the superstorm Sandy.

"We are ready to send food items, medicines and doctors to the US for the people affected by the storm," Saeed said. He said though the US had put a bounty on his head, it was the duty of Muslims to help fellow human beings, irrespective of their faith, during a natural catastrophe.

"It is our Islamic duty and the government of Pakistan should allow us to provide relief goods to the affected people in the US," Saeed said.

The Jamaat-ud-Dawah had provided relief to Hindus affected by floods in southern Sindh province in the past, he said.

Though the US offered a bounty for Saeed earlier this year, the founder of the banned Lashkar-e-Taiba has been freely holding public meetings across Pakistan, especially in Punjab province.

Pakistan has so far refused to take action against Saeed on the basis of material provided by India about his alleged role in masterminding the 2008 Mumbai attacks that killed 166 people.

The US and Indian officials have said the assault on the financial hub was carried out by Lashkar-e-Tayiba operatives who were trained, financed and controlled by Pakistan-based elements.

Saeed was placed under house arrest for less than six months after the Mumbai attacks, largely due to pressure from the world community.

He was freed in 2009 on the orders of the Lahore high court. Though the LeT was banned by the regime of former military ruler Pervez Musharraf, the Pakistan government has not formally outlawed the JuD.

The organisation now carries out its activities through the Falah-e-Insaniyat Foundation, which was created in the wake of the Mumbai attacks.
PTI
Source: PTI© Copyright 2021 PTI. All rights reserved. Republication or redistribution of PTI content, including by framing or similar means, is expressly prohibited without the prior written consent.
Related News: Hafiz Saeed, United States, Pakistan, Pervez Musharraf, Falah-e-Insaniyat Foundation
Print this article
Pak violates ceasefire, targets Indian forward area 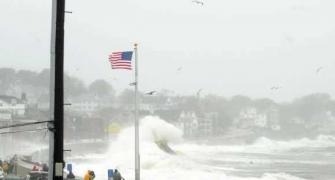 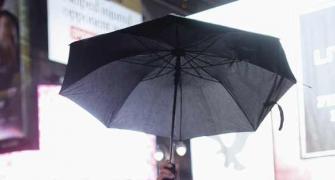 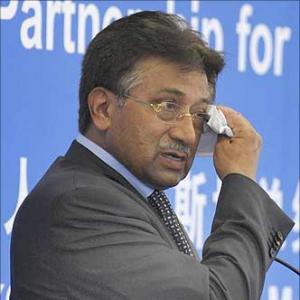