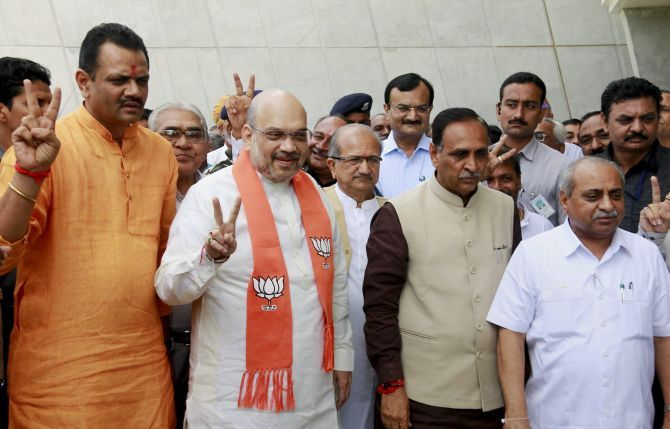 Bharatiya Janata Party chief Amit Shah, a five-time MLA, on Wednesday bid adieu to the Gujarat Legislative Assembly after being elected to the Rajya Sabha, asserting his party is 'unassailable' in the poll-bound state.

Shah, 52, tendered his resignation as an MLA to Assembly Speaker Ramanlal Vora after giving an hour-long farewell speech in the House on the second and the last day of the monsoon session of the state assembly.

Congress stalwart Ahmed Patel, who
retained his Rajya Sabha seat in Gujarat in a humdinger of a contest, said on Wednesday his victory has come as a boost to the
party workers and set an aim of 125 seats in the assembly polls due later this year.

Patel, the high-profile political secretary to party president Sonia Gandhi, admitted that the election was the 'toughest' one he had ever fought in his life.

He beat BJP nominee and Congress defector Balwantinh Rajput in the bitterly-fought contest marked by defection of MLAs, political manoeuvring and a see-sawing number game.

"The morale of our party workers has skyrocketed after this win. With this victory, we will have to set a target of winning more than 125 seats in the coming elections. Our next target is to win the 2017 elections," Patel said.

The Congress has been out of power in Gujarat for more than two decades.

Shah, who represented Naranpura assembly seat in Ahmedabad, in his speech said he was 'proud to be from a state, which is an unassailable fortress of the BJP'.

Congress MLAs were not present during his speech as the 20-odd legislators boycotted the proceedings for the rest of the day after some of them were evicted from the House for creating ruckus in the beginning of the first half.

In his address, Shah came down heavily on the Congress alleging that its leaders, both here and at the Centre, had taken an 'anti-Gujarat' on the Sardar Sarovar Dam project over the river Narmada.

The BJP president also hit out at the opposition party for stalling the OBC Commission Bill in the Rajya Sabha.

As the assembly polls are approaching in the state, he called upon the party legislators to highlight both these issues prominently during their public interactions.

"Congress' stand always remained anti-farmer. Though Narmada Control Authority had already completed all the formalities to raise the height (before June 2014), their (United Progressive Alliance) government did not give the nod. But PM Narendra Modi gave it within one month of assuming office" said Shah.

"Now, Congress leaders must tell the citizens, who sat on that permission? Even today, their leaders Digvijaya Singh and Jyotiraditya Scindia speak against the project in Parliament. Gujarat Congress is silent, because they agree to what is being said by their leaders. It shows their anti-Narmada mentality," said Shah.

Shah said the people of Gujarat would seek an answer from Congress in December, when the state goes to polls.

He predicted that the Congress' strength will reduce to half from the current tally of 51 after the polls.

"Congress showed their anti-OBC mentality by stalling the OBC Commission Bill in the Rajya Sabha. Mark my words, that next election in Gujarat will be fought on the issues of Narmada and the welfare of OBCs and poor. And, I can easily predict that oppositions' strength will reduce to half after the polls," he added.

Almost all the BJP members, including Chief Minister Vijay Rupani, Deputy CM Nitin Patel and state president Jitubhai Vaghani were present in the House to listen to Shah's farewell speech.

After his speech, in which he also thanked his colleagues for being with him since his journey started 20 years back as a party worker, Shah tendered his resignation to the assembly speaker.

"Today is my last day here, as I will resign after my speech. I never fought to acquire anything, instead, I proudly gave up what I had. I am proud to be from a state which is an unassailable fortress for the BJP," he said.

The two-day monsoon session of the state assembly, which ended on Wednesday, is likely to be the last session as the state polls are expected to be held by the end of the year.

As the assembly complex in Gandhinagar is undergoing renovation, the session was held at Mahatma Mandir in the state capital. 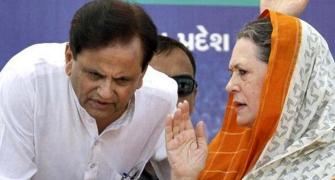 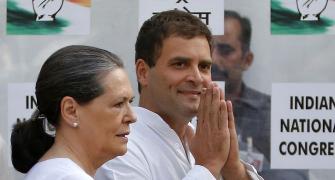 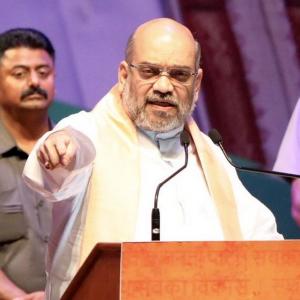