A 24-year-old man was killed and his father, a Right to Information activist, was grievously injured after a man accused of illegal sand mining allegedly rammed their scooter with his SUV in Gujarat's Kutch district. The accused was arrested following the incident which took place on October 3, local police said.

On October 3, when Balia and his son Narendra were returning home after visiting Dayapar village around 6.30 pm, Jadeja's SUV rammed them from behind and ran them over.

While Narendra Balia died on the spot, his father, a local Dalit leader, was rushed to a hospital in Bhuj for treatment, said inspector S A Maheshwari of Nara police station.

A first information report was registered against Jadeja for alleged murder as well as under the Scheduled Castes and Scheduled Tribes (Prevention of Atrocities) Act, he said.

A team of the local crime branch arrested Jadeja a day after the incident.

A court sent him in one-day police custody on Wednesday, the police officer said.

Jadeja apparently held a grudge against Balia for lodging complaints against him with the local mines and minerals department for illegal sand mining, inspector Maheshwari said.

Jadeja was also accused of land grabbing, he said, adding that further probe was on. 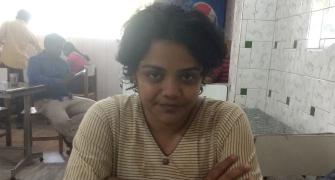 'I am not afraid' 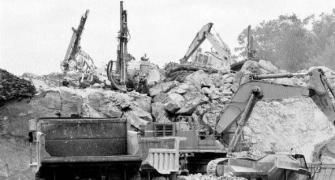 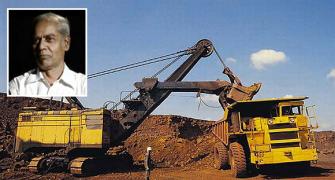 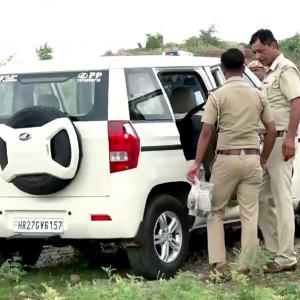 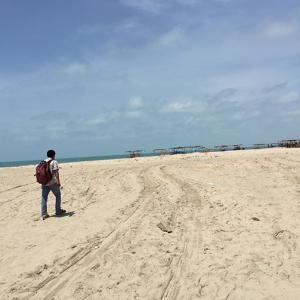 'When the govt wants to harass you, it'll file an FIR'