Hit by three resignations in its legislative rank in a week, the Congress in Gujarat is shifting all its MLAs to a resort in Abu Road in party-ruled Rajasthan, alleging the ruling Bharatiya Janata Party was indulging in horse-trading ahead of the June 19 polls for four Rajya Sabha seats. 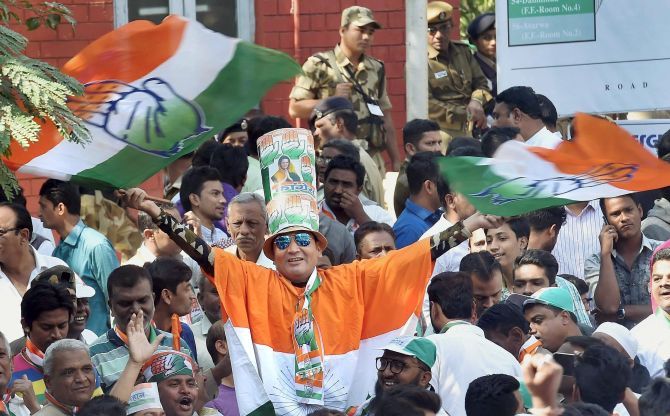 More than 20 Congress MLAs have already arrived at the resort, a party source said on Monday.

He said all party MLAs are being shifted to a single resort at Abu Road in Sirohi district of Rajasthan, not far from the Gujarat border in Banaskantha district.

After the resignations of three MLAs last week, the Congress, whose strength has been reduced to 65 in the 182- member House, had earlier moved its legislators to various resorts in Gujarat, dividing them in zone-wise groups starting Saturday.

The opposition party has now changed its strategy and is moving all its legislators to Abu Road, located near the popular hill station of Mount Abu.

The shifting of MLAs to Congress-ruled Rajasthan will allow the party to focus on drawing up its strategy for the crucial Rajya Sabha elections for which it has fielded two candidates, the source said.

"The party has decided to move all the MLAs at one place, to the resort at Sirohi in Rajasthan where they will stay till they are brought back to vote in the Rajya Sabha elections on June 19.

"Several MLAs have already arrived at the resort, while the remaining will reach there by Monday evening," the party source said.

Until Sunday night, more than 20 MLAs, mainly from the north Gujarat region, were shifted to the resort in the neighbouring state, he said.

The Congress had in March also taken its MLAs to a resort in Jaipur after five party legislators resigned before the March 26 Rajya Sabha polls, which were subsequently postponed due to the coronavirus lockdown.

The Congress has hit out at the BJP government in Gujarat, accusing it of misusing state machinery for "threatening and horse-trading" people's representatives.

The BJP has refuted the allegations of horse-trading.

On Sunday, a police complaint was filed for alleged violation of lockdown rules against a resort in Rajkot district where the Congress had lodged some of its MLAs.

The police registered an FIR against the owner and manager of Neelcity Resort in Rajkot under Indian Penal Code Section 188 (disobedience to order duly promulgated by public servant) for opening the resort for Congress MLAs in alleged violation of the lockdown notification which does not allow hotels and restaurants to reopen till Monday (June 8).

The BJP, having 103 MLAs, has fielded Abhay Bhardwaj, Ramilaben Bara and Narhari Amin as its candidates for elections to the Upper House of Parliament.

A Congress MLA said Solanki remains the second preference after Gohil, and that they will vote as per the directive of the party.

Besides the BJP and the Congress, the 182-member Assembly also has two MLAs of the Bharatiya Tribal Party, one of the Nationalist Congress Party and an Independent legislator, Jignesh Mevani.

The effective strength of the House, however, stands at 172 as of now as 10 seats are currently vacant -- two due to court cases and the rest because of resignations. 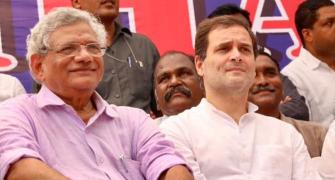 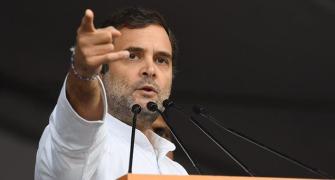