On the occasion of his 81st birthday, political leaders across parties and other eminent personalities greeted President Pranab Mukherjee. 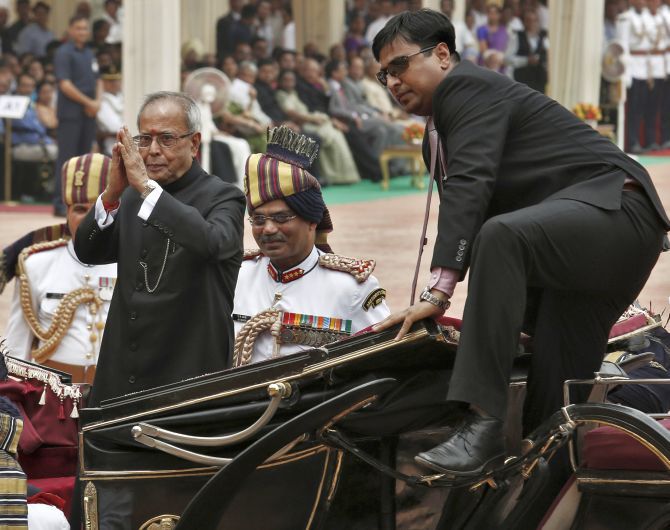 Prime Minister Narendra Modi said that India is “proud” to have a well read and knowledgeable President, who puts the country’s interest above everything.

“Birthday wishes to Rashtrapati Ji. His tremendous experience and wisdom has benefited the nation greatly. I pray for his long & healthy life,” he said in a tweet.

“Pranab Da always puts India’s interest above everything. We are proud to have such a well read & knowledgeable President,” he said.

Congress president Sonia Gandhi hailed him as an “inspiration” to people in public life whose passion for work and love for country is “exemplary”.

With prayers for a long and healthy life, Gandhi said, “Mukherjee is an inspiration for all who are in public life.”

“His passion for his work and love for country is exemplary,” she added.

Thanking him for the service to the nation in his long political journey and as the nation’s President, Gandhi wished him long and happy life ahead.

“Birthday greetings to honourable and most respected Rashtrapatiji,” she said in a tweet.

“Bhalo thakben Pranab Da (stay well Pranab Da),” Banerjee said in the message to Mukherjee, with whom she has had a long political association.

Congress vice president Rahul Gandhi also extended his warm wishes to President Pranab Mukherjee. “Warm wishes to Hon President of India on his B’day. We are fortunate to have Pranab Da’s wise counsel & experience to guide us,” he said in a tweet.

“Warm greetings to Hon’ble President on his birthday. Wish him a long and healthy life,” the Aam Aadmi Party leader tweeted.

“Namaskar. Today is the birthday of India’s President Pranab Mukherjee. I congratulate him. I wish him health and happiness,” Mangeshkar, 87, tweeted.