Govt says all 39 Indians in ISIS captivity are ALIVE 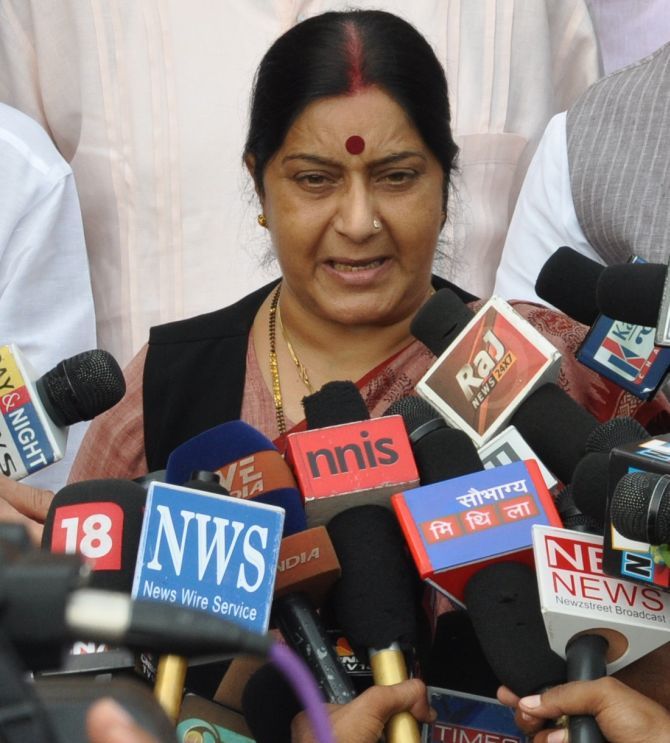 All 39 Indians held hostage in Iraq by ISIS terrorists for nearly a year are "alive", External Affairs Minister Sushma Swaraj told the families of the victims on Thursday.

Swaraj, who met the families for the seventh time since the abduction of the Indians in June last year from Mosul, reassured the families about the well-being of the nationals on the basis of information received from various sources.

The government was making all sincere efforts for the safe and early release of the Indian workers, she told them.

"Earlier, we had six sources we told us that the Indians are alive. Now we have two more sources to corroborate the same. Out of these two, one is so solidly reliable that there is no question of not believing. They have very clearly said that all the 39 Indian are alive," Swaraj said after meeting the families of the hostages.

The ministry said Swaraj had earlier personally spoken to her counterpart Foreign Ministers in the Gulf Cooperation Council as well as other friendly countries in the region for their assistance in the safe release of Indians in captivity.

The minister also assured them that as soon as some concrete proof on the well-being of the workers is received by the government, it would be shared with the families.