News
Business
Movies
Sports
Cricket
Get Ahead
Money Tips
Shopping
Sign in  |  Create a Rediffmail account
Rediff.com  » News » Governors are chancellors not because of sweet will of states: Khan

Governors are chancellors not because of sweet will of states: Khan

Kerala Governor Arif Mohammed Khan on Monday said it was by way of a "national convention" and a "national consensus" that governors by virtue of their position hold the office of chancellor and "not because of the sweet will of any state government." 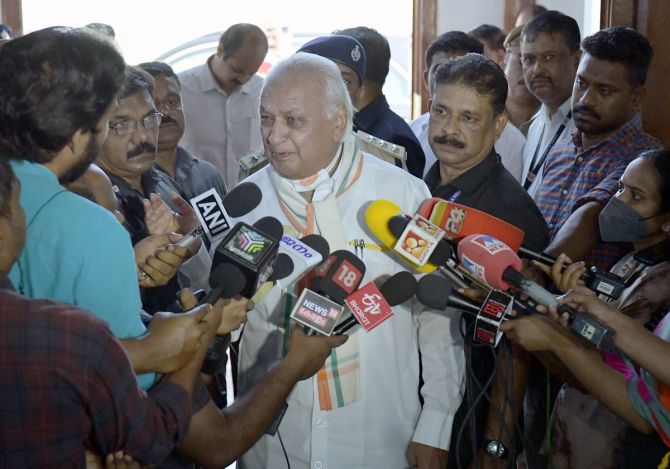 Khan further said nepotism in university appointments cannot be allowed and that if Chief Minister Pinarayi Vijayan was unaware of what was happening in his office, then he was "incompetent".

Taking a dig at Vijayan, he said if the chief minister was not aware that someone from his office was directing the vice-chancellor of Kannur University to appoint a relative, "it shows how incompetent he (CM) is."

"If he (CM) knew about it, then he is equally guilty," Khan said in Kochi a day after arriving from Delhi.

He also rejected queries on whether a "cleansing act" was going on in the universities.

"Not a cleansing act. Universities have to be restored to their pristine glory. They have to be free from this bhai-bhatijavad, this nepotism," Khan said.

He said his duty as chancellor was to ensure there was no executive interference in universities and this is why governors by virtue of their position hold the office of chancellor.

"The governor was chancellor of universities even before Kerala came into existence in 1956. This is something on which a national consensus was built and a national convention evolved. Why? So that there is no executive interference in universities and their autonomy is safeguarded," Khan said.

"They cannot break a national convention or national consensus. It is beyond their powers. Let them try," he told reporters in Ernakulam on Monday morning before leaving for Thiruvananthapuram.

The Left government has been claiming the governor was given the office of chancellor by way of a legislation by the assembly and therefore, the same can be taken away.

Responding to queries about the ordinance to remove him as Chancellor and other moves in that direction by the Kerala government, Khan said these were attempts by the state government to "divert attention" from the recent court orders and "cover up the embarrassment" caused to them as a result.

"What are they basically doing now? They are upset with judicial verdicts and they want to divert attention on the governor. That will not happen. If they break the law, the governor is the first reviewing authority, but it will ultimately go to the courts.

"Don't worry about these things. They are only doing what they are doing now, to cover up the embarrassment caused," he said.

Khan also referred to the recent controversy related to some appointments in the Thiruvananthapuram Corporation, by saying that "now from corporations to universities only cadre people will be appointed."

To a question if he felt vindicated in view of the recent Kerala High Court orders quashing appointment of Vice Chancellor of KUFOS and holding that Priya Varghese did not have the requisite teaching experience to be appointed as Malayalam Associate Professor in Kannur University, Khan said it was "not a personal fight."

"I am not looking for personal vindication. There is no personal fight with anybody. It is my duty to ensure that on the basis of favouritism and nepotism appointments of underqualified and unqualified persons are not made in universities.

"Only people who are qualified, who meet the requirements set by UGC, will be appointed. So, honestly, I am not looking for personal vindication. I am not important. The individual is not important. What is important is that the common man feels that there is equality before law and equal protection of law," he said.

Varghese is the wife of Vijayan's private secretary KK Ragesh.

"If it is a question of support, you can ask someone else to provide it. That is different. If obstructions are being created in performance of her official duties, then it is clearly a criminal offence. Then we will have to take notice of it," he said.

On a query regarding appointments to his personal staff, Khan said, "Personal staff is purely the choice of person who appoints. I have appointed. There is a sanctioned strength. Tell me where is the violation of the law? My personal staff is a totally different thing."

His remarks come in the wake of the state government reportedly gearing up to enact a legislation, in the coming assembly session in December, to remove the governor as Chancellor of universities and replace him with eminent academicians.

The governor and the Left government have been in a tussle for the past several months over the issue of functioning, especially appointments, of universities and not signing of some bills.

The Left front also organised a massive march to the Raj Bhavan, the governor's office-cum-residence in the state capital, to protest against his actions. 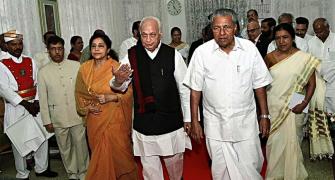 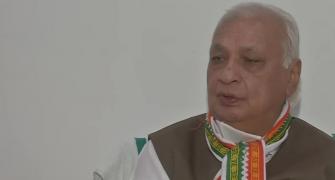 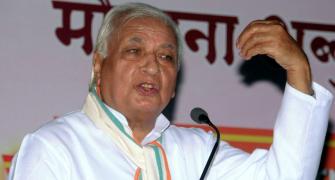 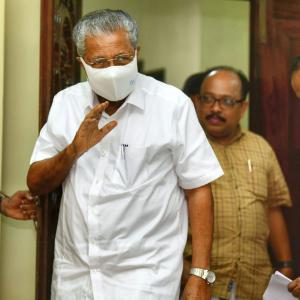 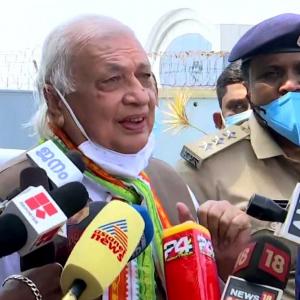