Governor, not CM, has final word on AFSPA: Law ministry

The debate on who will have the final word on lifting the controversial Armed Forces Special Act from some areas of Jammu and Kashmir intensified with the Union law ministry on Wednesday saying the governor can overrule the recommendation of the state government.

Reversing its stand, the law ministry has informed the Union government that Governor N N Vohra enjoys the power to overrule any decision of the Omar Abdullah government for revoking the AFSPA in the border state.

The law ministry's stand is based on the legal opinion given by Attorney General Ghulam Vahanvati in which he is understood to have said that governor can exercise discretion according to Section 3 of the AFSPA and that he is "entitled" to keep in mind the will of Parliament.

Official sources said today that the opinion of the law ministry on November 18 came after the Union home ministry was not satisfied with its earlier opinion, which is believed to have stated that the governor has to act on the advice of the Council of Ministers.

The home ministry is learnt to have asked the law ministry to seek a fresh opinion from the top law officer of the government.

Both the opinions are based on the interpretation of the provisions of the AFSPA, the sources said.

The partial lifting of AFSPA in J&K is at the centre of a raging debate with Omar pressing for it while the army has voiced serious reservations.

Omar has argued that his ministers were "authorised to make a recommendation to the governor, who then acts on the basis of that recommendation".

According to Omar, he had the authority to withdraw the law from the state.

"The CCS last year decided to leave it to the Unified Command to take a decision on the partial withdrawal of AFSPA in Jammu and Kashmir," Antony had said. 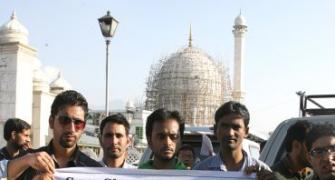 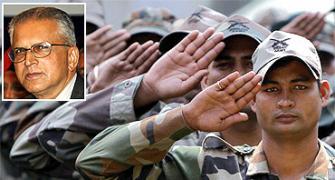 'In Kashmir, everybody wants the status quo to continue'
Farooq supports Omar's views on AFSPA 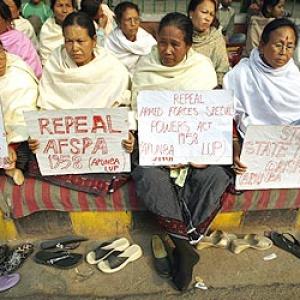 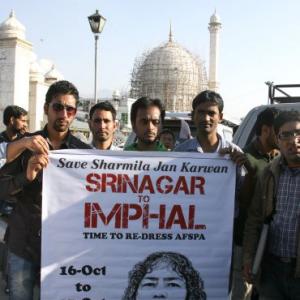