The Congress on Monday raised slogans against Union minister Anurag Thakur in Lok Sabha over his controversial remarks during a recent election rally in the national capital. 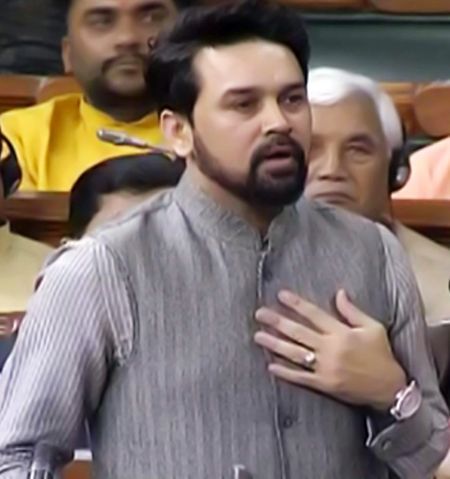 While Opposition members, mainly from the Congress, were protesting against the amended citizenship law, they raised their pitch whenever Thakur started replying to questions.

Thakur, who is the minister of state for finance and corporate affairs, had made some controversial remarks during a recent poll rally in the national capital.

Belligerent Congress members, who were in the Well, shouted slogans against the minister and asked 'Aapka goli kaha hai (where is your bullet?)', an apparent reference to the minister's controversial remarks. Some members also shouted 'Goli maarna band karo (Stop shooting)'.

Whenever Thakur was responding to supplementaries during the Question Hour, the members began sloganeering against him.

During an election rally, Thakur had egged on the crowd to raise an incendiary slogan, "shoot the traitors", after he lashed out at anti- Citizenship Amendment Act protesters.

The Election Commission had also banned him for three days from campaigning for the Delhi elections in the wake of his controversial remarks. 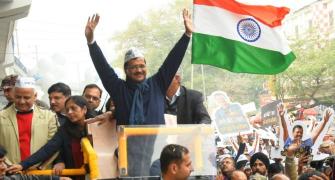 Has shooter shot BJP's chances in Delhi?
The Reinvention of Arvind Kejriwal 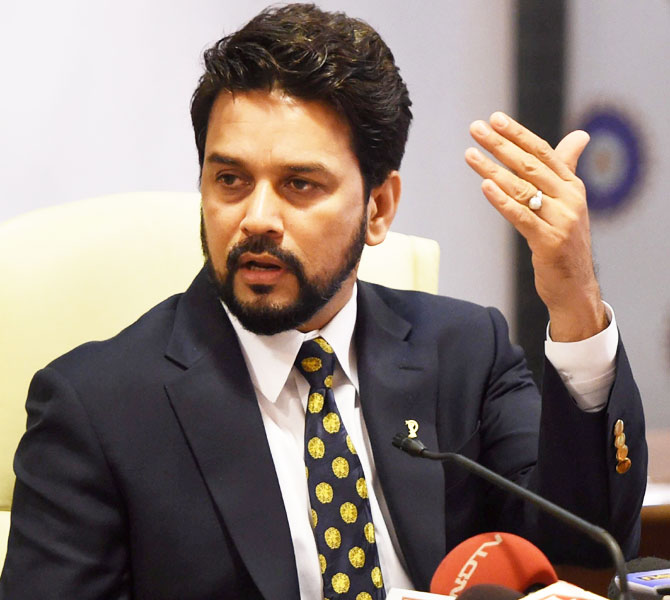 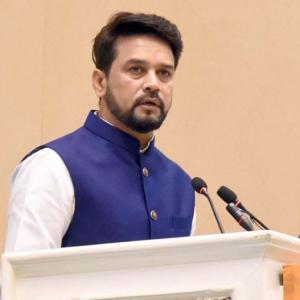