The Congress refused to comment on the special court's verdict on Godhra train burning case but sharpened its attack against Gujarat Chief Minister Narendra Modi holding him resposible for post-Godhra communal riots in the state which claimed over 1,200 lives.

"We do not comment upon court judgements. The judgement of the court speaks for itself. This judgement deals with the Godhra issue," party spokesperson Jayanthi Natarajan said adding her party holds Narendra Modi responsible the post Godhra "state sponsored genocide" and "atrocities against a particular section of society".

She said that these matters are also with the Supreme Court and she believed that Modi would be "accountable to the nation" for the post-Godhra incidents.

remained a blot on democracy...It is a blot on the record of Narendra Modi for which he will always have to answer the people of the nation," she said.

Reacting to BJP's claim that the judgement vindicated the party's stand that the train was set on fire from outside, Natarajan said, "It still does not take away from the fact that Modi and his government were single handedly responsible for the riots that took place post the train carnage."

31 people were convicted and 63 others, including the main accused Maulvi Umarji, were acquitted by a special court in Ahmedabad in the February 27, 2002 Godhra train burning incident that left 59 people dead and triggered violence in Gujarat, which claimed over 1,200 lives, mainly Muslims.

The sentencing would be pronounced on February 25 after arguments on the quantum of punishment by the special court that accepted the theory of conspiracy behind the burning of the coach of Sabarmati Express carrying kar sevaks returning from Ayodhya.
Source: PTI© Copyright 2021 PTI. All rights reserved. Republication or redistribution of PTI content, including by framing or similar means, is expressly prohibited without the prior written consent.
Related News: Narendra Modi, Godhra, Jayanthi Natarajan, BJP, Congress
Print this article
Godhra case verdict postponed to Feb 22
MNCs may be behind superbug "propaganda", say MPs 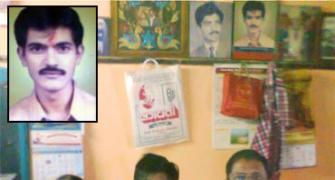