The global death toll of COVID-19 has crossed one million-mark, according to data from Johns Hopkins University. 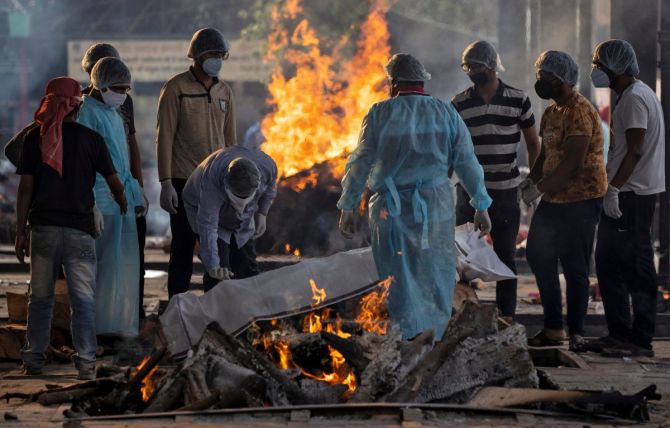 IMAGE: Relatives prepare the pyre for the cremation of a person who died due to the coronavirus disease at a crematorium in New Delhi. Photograph: Danish Siddiqui/Reuters

The respiratory disease was first reported in the Chinese city of Wuhan last year.

The World Health Organisation declared the outbreak a 'pandemic' in March.

The total number of coronavirus cases across the world has crossed 33 million, while nearly 23 million patients have recovered, Al Jazeera reported. 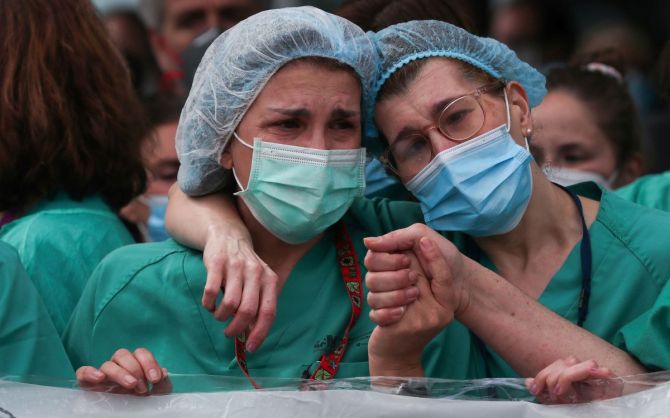 Even then, the figure is almost certainly a vast undercount because of inadequate or inconsistent testing and reporting and suspected concealment by some countries.

And the number continues to mount. Nearly 5,000 deaths are reported each day on average.

The United States has reported the most deaths -- more than 2,05,000 -- followed by Brazil, India, Mexico and the United Kingdom. 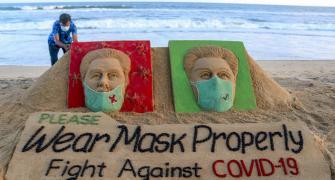