Give us work, ministers of state tell PM

By A Correspondent
January 19, 2010 17:48 IST
Prime Minister Dr Manmohan Singh spent around 75 minutes on Tuesday afternoon listening to his junior ministers unburden themselves and complain about the 32 cabinet ministers

In his opening remarks the prime minister said many of the government policies and programmes were not reaching common man, and it is high time the junior ministers stepped up to the plate. "You should not be complaining against your seniors. I have received letters from many of you, and I replied to improve the system. But some of you want to publicise such negative issues. That should not be encouraged," the prime minister told the younger flock.

Dr Singh added, "I have asked the senior ministers to allocate subjects to you all. Some cabinet ministers have done so and others are likely to do so soon."

Cabinet Secretary K M Chandrasekhar and Principal Secretary TKA Nair were asked to take notes, for submission at the cabinet meeting this Thursday.

While the Dravida Munnetra Kazhagam's ministers of state were silent, Trinamool Congress's junior ministers complained against Railway Minister Mamta Banerjee for not elevating them to cabinet rank.

Minister of State for Commerce Jyotiraditya Scindia spoke against his senior minister Anand Sharma, but many junior ministers from the Congress did not support him -- including Sachin Pilot who has always articulated such issues.

Complaints by junior ministers about their seniors is nothing new. It happened with prime ministers Atal Bihari Vajpayee and P V Narasimha Rao, too.

E Ahmed wanted the PM's intervention to sort out his issues with Mamta Banerjee. "She has not given me any workload, sir," he complained. Another MoS in the railway ministry, KH Muniappa, too said that Banerjee has not given him any responsibility whatsoever. During Lalu Prasad's tenure the junior minister R Velu was given authority to clear files under Rs 500 crores while Mamta has not done so, he said.

Minister of State for Communication Sachin Pilot did not utter a word against his senior minister A Raja. After the meeting was over many went to Pilot and heckled him that he should have spoken about "2G corruption".

Others who did not say anything were Muddappaly Ramachandran and Ajay Maken, ministers of state for home affairs.

Minister of State for Transport RPN Singh gave special thanks to his senior minister Kamal Nath but told the meeting that more powers were needed for MoS. During the budget meeting Kamal Nath never allowed his junior ministers to sit in on the briefings, he said.

The DMK's Minister of State for Revenue S S Palanimanickam gave an emotional touch to the proceedings by describing Pranab Mukherjee as being a father figure to him. "The powers, authority and guidance given by him is huge," he said. Joint commissioner postings and transfers in excise and direct taxes departments have been delegated to the MoS.

Union Minister of state for Textiles, Panapakkam Lakshmi, pointed out that her senior DMK Minister Dayanidhi Maran did not give her any responsibility. "Till date I have received only one file to sign, Mr PM sir, you please note this," was her cry.

Pallam Raju, MoS for defence was thankful to his senior minister AK Antony for giving him opportunities to face Parliament. At the same time, juniors should also be given a chance to learn more about defence procurements, he said.

Purandeswari said her senior minister Kapil Sibal has given her full freedom but no responsibility. Since she is former Andhra Pradesh chief minister NT Rama Rao's daughter, many listened to her. 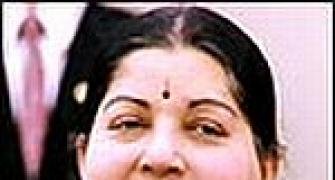 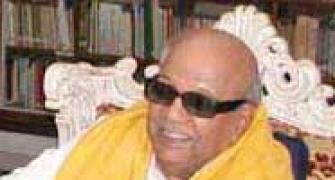