The Central Information Commission has held that the external affairs ministry should disclose all information related to the Bhopal gas tragedy, including communication exchanged between it and the Central Bureau of Investigation on the extradition of the then Union Carbide chief Warren Anderson.

Overruling the ministry's argument that the information could not be disclosed since the issue of Anderson's extradition is sub judice, Information Commissioner Annapurna Dixit said the matter is of significance to the general public, especially to the families of the victims who have been awaiting justice for the past 26 years.

The case relates to a right to information application filed by Delhi resident Afroz Alam 'Sahil'. Sahil wanted details of the communication exchanged between the ministry and CBI on Anderson's extradition, and the details of the money spent till date by the ministry in the Bhopal case.

The ministry said disclosure of correspondence exchanged between it and the CBI could adversely affect its extradition case of Anderson, as the matter is still sub-judice. It also said that it has not spent any money in the case.

"It is a matter of general awareness that the case related to the extradition of Warren Anderson has been heard and judgment reserved by the Supreme Court recently. Therefore, there is no question of impeding the process of extradition," Dixit said in her order. She said a sub-judice matter cannot be the grounds for denying information.

"The commission directs the public authority to provide all the information as available with them in their official records relating to the matter, and as sought by the complainant, by or within June 10, 2011," she said. 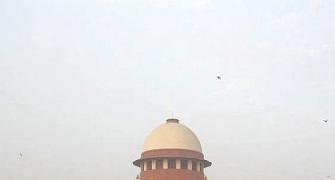 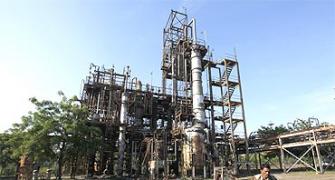