The German government has approved a substantial USD 190 million (Rs 1,007 crore) contribution annually to bankroll an Afghan army, post withdrawal of foreign forces in 2014 from the war-torn country.

Some cabinet ministers from both sides also attended the meeting at the chancellery in Berlin on Wednesday.

The two countries agreed on the German funding for the Afghan security forces after 2014 in a comprehensive inter-governmental partnership agreement, which was signed during Karzai's visit.

Chancellor Merkel spoke of the agreement as a "milestone" in the relations between the two countries because "it makes clear that we feel committed to long-term development in Afghanistan."

Merkel said she will take Germany's commitment to the NATO summit in Chicago on Sunday and Monday and convey to her alliance partners that her country is prepared to play its part in meeting the costs of the Afghan security forces after the ISAF forces leave.

The agreement also sets the framework for a long-term development cooperation between the two countries. Besides continuing its on-going support for the training of

Afghanistan's police force and the army, Germany will also expand its development cooperation by financing projects in the fields of education, infrastructure, and promotion of industries and in other areas to strengthen the country's development potential, chancellor Merkel said.

Karzai, who made a stop-over in Berlin on his way to Chicago, spoke of the bilateral agreement as the "beginning of a new chapter" in the relations between the two countries.

It will make the process of handing over the security responsibilities to the Afghan security forces and Afghanistan defending its own territory irreversible, he said.

"Then we will prepare the ground for a complete pull-out of the NATO forces in 2014," he said.

Karzai said he expected a total commitment of USD 4.1 billion (Rs 21730 cr) from the international community for financing the Afghan security forces. His government will contribute USD 500 million (Rs 2650 cr) from its own budget for the programme.

He called upon the German industry to invest in his country to exploit the country's rich mineral resources, promotion of industries and in other areas.

The two leaders also discussed the NATO summit, engagement of the international community in Afghanistan and its relations with the countries in the region, including Pakistan. 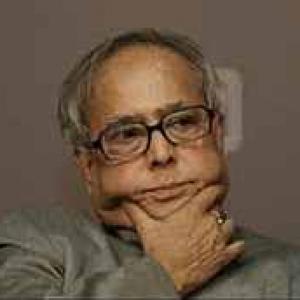 Eurozone crisis cause for fall in market: Pranab