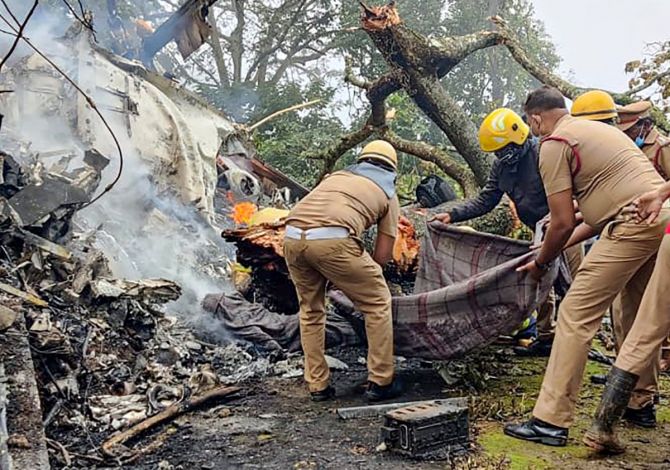 The chopper took off at 11.48 am from the Sulur Air Base and was reported to be missing at around 12.22 pm, sources informed.

As per the Indian Air Force, General Bipin Rawat, the Chief of Defence Staff (CDS) died after a military helicopter crashed in Coonoor in the nearby hilly in the Nilgiris district in Tamil Nadu on Wednesday.

Gen Rawat's wife Madhulika Rawat, his Defence Assistant Brigadier L S Lidder, his SO Lieutenant Colonel Harjinder Singh were among the 14 people on board the military chopper that crashed in Tamil Nadu.

The Indian Air Force has issued a list of names of General Rawat's staff who were also on board the crashed chopper.

The Indian Air Force earlier confirmed that the CDS was on board an IAF Mi-17V5 helicopter that met with an accident earlier today near Coonoor, Tamil Nadu. The IAF has ordered an inquiry into the accident.

'An IAF Mi-17V5 helicopter, with CDS Gen Bipin Rawat on board, met with an accident today near Coonoor, Tamil Nadu. An Inquiry has been ordered to ascertain the cause of the accident,' tweeted IAF. 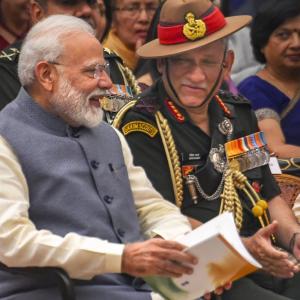