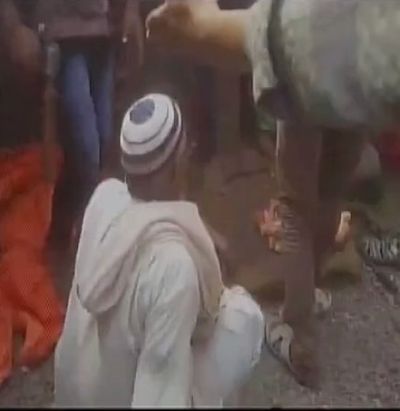 Three youths were allegedly thrashed on suspicion of possessing beef by some cow vigilantes, who also circulated a video of the act on social media, in east Maharashtra's Rajora village.

The incident took place on May 26 in Washim district and seven suspected cow vigilantes were arrested from the village on the same day. The police have also booked the three victims for the possession of "beef", a police officer said.

As the video of the incident was doing rounds on social media, the police were maintaining a strict vigil to avert any untoward incident during the festive season of Ramzan, Washim Superintendent of Police Mokshada Patil said.

The incident occurred last Friday when the three youths were allegedly carrying the meat to sell it in their community for consumption, she said.

After some cow vigilantes got wind of this, they went to the village, beat up the youths and also shouted slogans, the SP said.

The activists seized the meat and took the youths to Malegaon Police Station which is 12 km away from the village.

The police registered a case against the cow vigilantes under various sections of the IPC, including rioting and voluntary causing hurt.

Patil said one of the cow vigilantes filmed the incident on his mobile phone and circulated the video in various groups.

The police also booked the three youths for possessing "beef" under various sections of the amended Maharashtra Preservation and Security of Animals Act, the officer said.

The police also added section 295A (deliberate and malicious acts, intended to outrage religious feelings or any class by insulting its religion or religious beliefs) of the IPC in the FIR against the cow vigilantes.

"We added section 295 A of IPC as the video of the incident was shot and circulated on social media with an intention to spoil the communal peace and harmony during the festival season in the state and the country," she said.

A local court released all the accused on a bond, she added.

The SP said the police have sent the sample of the seized meat to a laboratory in Nagpur to verify whether it was indeed cow meat.

The situation in the area was under control as police took immediate action, the SP said.

In the wake of the incident, the police searched slaughter houses in Malegaon and Shirpur areas to chek whether any beef was stored there.

Source: PTI© Copyright 2020 PTI. All rights reserved. Republication or redistribution of PTI content, including by framing or similar means, is expressly prohibited without the prior written consent.
Related News: Malegaon, Washim, Maharashtra
SHARE THIS STORY
Print this article 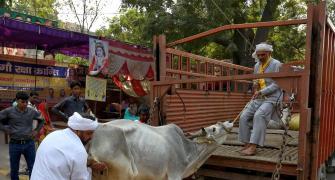 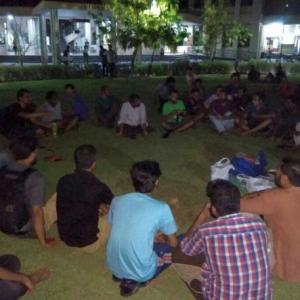