Bharatiya Janata Party chief ministers and key party leaders from states on Saturday got together to discuss the economic situation in the country and issues of governance and federalism with party president Nitin Gadkari accusing UPA of "governance deficit" and "policy paralysis".

Inaugurating the day-long conclave in New Delhi, Gadkari claimed the National Democratic Alliance-ruled states were performing better than other states and claimed that the current growth rate of the country was due to the higher growth rate achieved by NDA-ruled states, all of whom were achieving over 10 per cent growth rate.

The meet will end with an address by senior leader L K Advani.

Gadkari said, "The economic situation in the country was serious. GDP was falling and the governance deficit and policy paralysis were continuously growing and economic reforms and policy decisions being avoided".

He said, "When NDA left office, the debt-to-GDP rate was 17.8 per cent, today it is 68.05 per cent. This has made India the worst among BRIC countries," Gadkari said, while making a reference to the four-nation BRIC coalition of Brazil, Russia, India and China.

"The present 6 per cent GDP growth rate is maintained because of the growth in BJP-ruled states. All our states have GDP growth of over 10 per cent," BJP spokesperson Prakash Javadekar said.

Gadkari said the NDA had now become National Development Alliance, as three of the BJP-ruled states of Chhattisgarh, Gujarat and Jharkhand were among six top states where GDP growth was the highest in the country. 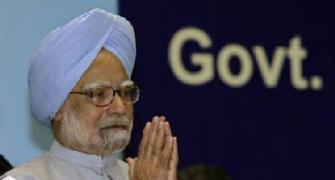 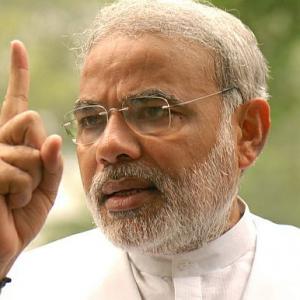